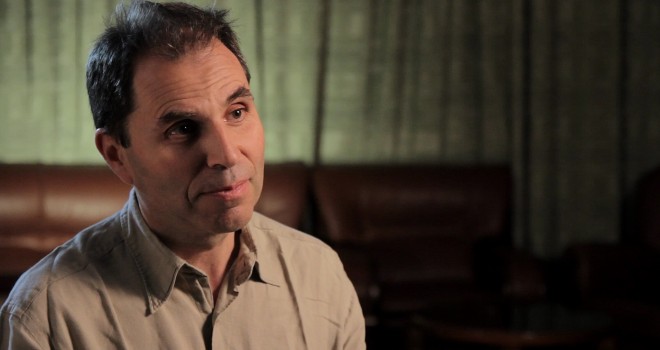 I am a scientist and I am a believer. As a scientist, my interest goes to the cosmos. I try to unravel the puzzles of the physical reality. As a believer, my interest goes to God and to his action within the human. I try to accept the mystery of the ultimate reality and the multiple ways it appears in the human condition. I feel deeply concerned by our 21st century. The terrible events of September 11 cast a dark shadow on it. Do we have reasons to hope again? Can we prepare seeds for the future? Do we still believe in the human?

We are looking for peace. But we have first to understand that peace will never be possible without justice. How is it possible for me to live quietly when my neighbor, on the other side of the street, is hungry, thirsty and cold? But why should I help my neighbor? Because we share the same human nature that requires this type of charity. We thus have to understand that we shall never have justice if we do not consider the truth that defines our human condition.

According to many theologians, the two challenges of the 21st century deal with the nature of scientific truth and the nature of religious truth. Both of them are linked to the human condition.

Let me address first the nature of scientific truth. As you probably know, it is difficult to define scientific truth. What we know is the method that leads to the growth of knowledge, the trial-and-error method of scientific experiments and observations. The development of scientific knowledge has been spectacular during the 20th century, and it will still be more dramatic in the 21st century, if the human kind survives the temptation of its own destruction.

Probably the most interesting outcome of the science of the 20th century is the fact that science has identified its own limits from within science itself: Goedel’s meta-mathematical theorem, Heisenberg’s uncertainty principle, the existence of phenomena which are not predictable, or the fundamental limits of astronomical observations are examples of the horizons of our scientific knowledge. It is not just a transient stage that will be overcome in the future. We now know that science cannot explore and monitor the whole of reality. It leaves space for other approaches that can also address the issue of meaning. We understand that the acquisition of scientific knowledge is an open process, and that we should travel on the path towards truth with great humility.

Maybe we should also recover the two-fold dimension of human intelligence. During the Middle Ages, the Jews, Christians and Muslims knew that the human intelligence has two sides: on the one hand, the syllogistic power, on the other hand the contemplative power. We do not have only the ability to make algorithms, to produce new true statements from previous true statements. We also have the ability to capture and contemplate truth. We can understand much more than what we can conceptualize. We are more than sophisticated computers. Being human is keeping this two-fold dimension of human intelligence, by trying to get a balance between reason and contemplation, between striving to solve puzzles and sitting to contemplate mysteries.

Let me come now to the nature of religious truth. There has been so much misunderstanding between the believers of the various religions. Each civilization has tried to propagate its own views. However, we must admit that, in spite of all the so-called “holy wars” and the durable efforts of many generations, the diversity of religions still remains. And we all have to live together on an earth that is smaller than ever because of the development of the communication and transportation means.  Let us accept it is God’s will. Maybe it is time now to uproot the elements of religious exclusivism that are present in our interpretations of the Holy Scriptures, and to include the diversity of religions within our theological views.

As you know, the holy scriptures speak the language of myths and parables to tell us something about the meaning of our lives. Let me tell you a brief, but very profound myth that I find in the Koran (chapter 7, verse 172). It takes place in a metaphysical locus that the Islamic tradition calls “pre-eternity”, a level of reality before the creation of time. I quote the Koran: “Your Lord brought forth descendants from the loins of Adam’s children, and made them testify against themselves. He said: Am I not your Lord? They replied: We bear witness You are.”

The brief story of the Primeval Covenant between God and the human has three fundamental consequences on the human condition. First, all the human beings have the same God, the God of all the human kind, who is known through many names in the various revelations, and describes Himself with many different aspects and qualities.

Second, as far as the human beings have answered the same unique question, they share a unique spiritual nature. According to this view, the human nature is not defined by its genome, which is not so different from the chimp’s one. The human is not only an animal which has reason, as Aristotle had put it, nor an animal that possesses the ability to speak. The human is the creature which is able to know God. This common nature gathers all of us by the tight links of a brotherhood which is even more than Adamic: it is metaphysical. Once this spiritual nature is recognized in any of us, how is it possible to bring violence to the other?

Third, since there is a unique God for all the human kind, and a unique spiritual nature, there is also a unique religion, very much as a single straight line can be drawn between two different points. This unique religion is known from the Islamic tradition as the “immutable tradition”. How is it possible? We see so many religions on earth, maybe too many religions for the spiritual needs of the human. The Koran explains that the spiritual nature of the human is unique, but the peoples are very different, because the historical and geographical circumstances in which they live are different. God does not cease to reveal the same spiritual message under the veils of the words and symbols which fit the needs of the peoples.

I read in the Koran (Chapter 5, verse 48): “Had god pleased, He could have made of you one community:  but it is His wish to prove you by that which He has bestowed upon you. Vie with each other in good works, for to God you shall all return and He will resolve for you your differences.”

Would it be possible to understand the religious truth as follows: All the religions are true as far as they can lead their believers on the path to the Truth, which is one of God’s most beautiful names? The dogmas and rituals of my religion apparently differ from the dogmas and rituals of the religion of my neighbor. But the aim of religions is to prepare us to accept the Truth that stands beyond our minds’ grasp. The acquisition of religious knowledge is also an open process, and we should travel on the path towards the Truth with great humility.

What does it mean to be human? Let me finish by another myth: the story of God’s creation of Adam, as it can be found in the Koran (for example in chapter 2, verses 30-34, and chapter 7, verses 11-18). God says to the Angels: “I am placing on the earth one that shall rule as my Deputy.” The Angels reply: “Will you put there one that will do evil and shed blood, when we have for so long sung your praises and sanctified Your name ?” God says: “I know what you know not”. God ordains that the Angels prostrate themselves before Adam. All of them obey, accept Iblis who becomes “the Adversary”. Iblis is limited by the idea he has about God. He is so full of pride with himself that He is sure that God is making a mistake by giving such a responsibility to Adam. Iblis asks God for the possibility to show him that Adam is not able to fulfill his duty. Because God believes in the Human, He gives this possibility to Iblis.

The fundamental issue we have to address is clear: Do we believe in the human as much as God believes in the human?

Let me close this address by giving you the traditional salutation:

“May God’s Peace, Love and Blessing be upon you”.