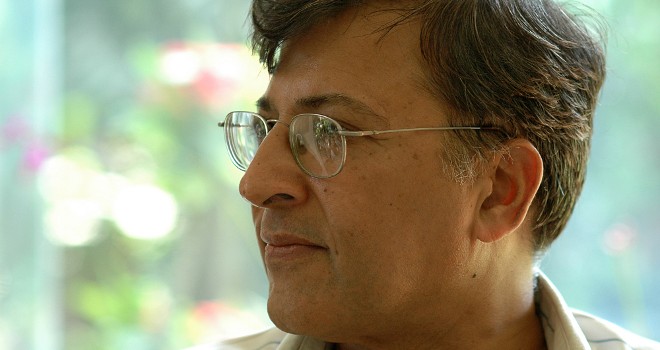 Science cannot prosper if its basis is rejected

Pervez Hoodbhoy argues that Pakistan cannot develop scientifically by focusing solely on producing PhDs and research papers. He also says Pakistan must reward enquiry and originality to succeed in science.

Pakistan’s capital Islamabad hosts an impressive array of scientific institutions, whose number and obvious wealth show that the government wants to be seen to be taking science seriously. The question is, does it? And how far has Pakistani science come since independence in 1947?

In terms of defence technologies, such as nuclear missiles and other arms, Pakistan has done relatively well, although this is a triumph of reverse engineering rather than original research and development.

There is, however, less evidence of success in the civilian technology sector. According to the Pakistan Council for Science and Technology, Pakistani researchers have registered just eight international patents in the past 43 years. In 2004, high-tech exports — mostly software — amounted to just one per cent of total exports.

Pakistan’s failure to understand its weakness at original research has led to flawed policies and delusions of achieving a quick turnaround. Tens of billions of rupees have been poured into research, and enormous incentives are being given to Pakistan’s scientists to buy equipment and publish papers.

Atta-ur-Rahman, the government minister in charge of the Higher Education Commission, and a well-known chemist, is the main proponent of this so-called rebirth. Writing in Nature in November 2004, he bemoaned the state of scientific research in Islamic countries and said it would be improved if Pakistani researchers published more papers (see Islamic world needs scientific rebirth).

Describing Pakistan as a success story, Atta-ur-Rahman refers to the sharp increase in Pakistani research publications (636 to 890 between 2001 and 2003), and states that: “This is a result of a system introduced in 2002 that provides researchers with an opportunity to more than quadruple their earnings if they increase the numbers of their papers published in peer-reviewed journals.”

On the face of it, this policy seems sensible. But two of Iran’s most distinguished chemists — Mohamed Yalpani and Akbar Heydari of the Tarbiat Modarres University — say such an approach has failed in their own country.

Yalpani and Heydari were intrigued that publications by Iranian scientists leapt from 1,040 in 1998 to 3,277 in 2003 — with over 30 per cent of these in chemistry. Their investigations showed an explosion of ‘junk science’ — papers that were cleverly packaged and capable of getting past referees, but were of little value.

Much of what was presented as original research had already been published once or even twice before by the same authors, with little more than trivial changes in the titles. These were clear ‘cut-and-paste’ papers. Other papers had been plagiarised, or lacked important details such as experimental methods.

Yalpani and Heydari found that suspect papers were most likely to be published in journals with poor standards of peer-review. Publishing their findings last year in Scientometrics, the researchers expressed disapproval of Rahman’s recipe for boosting science in the Islamic world, noting that, “significantly, there is no mention of quality in his entire article”.

They argue that giving financial incentives for publishing papers actually damages science in developing countries, because it makes scientists focus on economic gain.

Yalpani and Heydari highlight the general decline of the quality of papers published by Iranian chemists, although chemical concepts, reagents, and instrumentation, have become more sophisticated.

There is plenty of circumstantial evidence suggesting that the situation is even more serious in Pakistan but, to my knowledge, no comparable study has been done.

Publishing papers, producing PhDs and hosting international conferences are positive achievements, but what has Pakistan produced in the way of pharmaceutical products, patents, and services to industry?

Pakistan has had some success in agricultural research, such as producing new varieties of cotton, wheat and tea. But in other research areas there is much confusion.

It is time to demand clarity. The Pakistan Council for Scientific and Industrial Research, with its full-time staff of 600, should explain to the nation what it has produced, beyond a process for producing mineral water.

Similarly, the Hussain Ebrahim Jamal (HEJ) Institute — reputedly Pakistan’s premier research institution — should provide evidence of its success, as it receives the largest share of the country’s research funding. Its website gives little information about its scientific achievements.

Abdullah Riaz, an opposition parliamentarian, pointed out during a parliamentary debate in January 2006, that the Higher Education Commission made grants amounting to 1.36 billion rupees (US$23 million) to the HEJ Institute over a period of five years, and that both institutions are headed by Atta-ur-Rahman.

Without transparency, money can easily disappear without increasing scientific productivity. Pakistan’s publicly funded research institutions should be required by law to put their achievements on the Internet, so that some level of monitoring is possible.

The only official way to boost science remains the present one — throw money at the problem in the hope that things will turn around one day. The science budget for universities and institutes has shot up 12 to 15 times over the last three to four years.

But the future of science in Pakistan will depend more on improving science education in schools than on buying fancy equipment for scientific research. Unfortunately the school education system is based on rote learning, which rewards obedience over enquiry, and punishes originality.

A case in point is the ministry of education’s recent decision to cut the number of marks available for the practical component of science exams from 25 to 15 per cent.

The situation is unlikely to change unless people realise that science thrives in a society that values creativity, freedom, intellectual rigour and scientific honesty to the same extent as they are valued in the West.

The leaders of Pakistan’s scientific establishments continue to demand more resources, but they do not mention the need for clear scientific methodology, critical thinking, scepticism, nor a rational worldview.

When the 8 October 2005 earthquake struck, no major Pakistani scientist publicly challenged the counter-scientific beliefs freely propagated over the mass media, which held that the quake was God’s punishment for ‘sinful’ behaviour. Yet Mullahs dominated the media, ridiculing the notion that science could provide an explanation.

Societies that dispute the very basis of science simply cannot produce meaningful research. Scientific progress requires social progress and a battle against superstition and fatalism. The struggle to usher in science will therefore go side-by-side with a much wider campaign to bring in modern thought, the arts, philosophy, democracy, and pluralism.

Science cannot prosper under the religious and political authoritarianism that runs deep in Pakistan — within the family structure that demands absolute obedience, a tyrannical educational system where the teacher crushes independent thought, and a political system where the military throttles democracy and people’s participation.

Without sufficient intellectual and personal freedom, Pakistan shall continue to suffocate. Today’s investment in science will drop when there is a change in government. By that time, the gap in development between Pakistan and the developed world will have increased many times.

The author is professor of nuclear and high energy physics at the Quaid-i-Azam University, Islamabad.