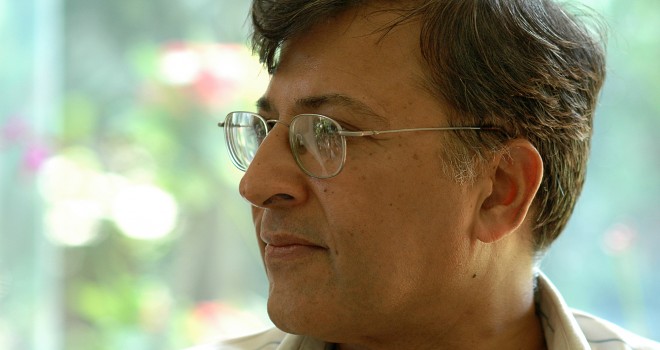 Science and the Islamic world – The quest for rapprochement

Internal causes led to the decline of Islam’s scientific greatness long before the era of mercantile imperialism. To contribute once again, Muslims must be introspective and ask what went wrong.

This article grew out of the Max von Laue Lecture that I delivered earlier this year to celebrate that eminent physicist and man of strong social conscience. When Adolf Hitler was on the ascendancy, Laue was one of the very few German physicists of stature who dared to defend Albert Einstein and the theory of relativity. It therefore seems appropriate that a matter concerning science and civilization should be my concern here. The question I want to pose – perhaps as much to myself as to anyone else – is this: With well over a billion Muslims and extensive material resources, why is the Islamic world disengaged from science and the process of creating new knowledge? To be definite, I am here using the 57 countries of the Organization of the Islamic Conference (OIC) as a proxy for the Islamic world.

It was not always this way. Islam’s magnificent Golden Age in the 9th–13th centuries brought about major advances in mathematics, science, and medicine. The Arabic language held sway in an age that created algebra, elucidated principles of optics, established the body’s circulation of blood, named stars, and created universities. But with the end of that period, science in the Islamic world essentially collapsed. No major invention or discovery has emerged from the Muslim world for well over seven centuries now. That arrested scientific development is one important element—although by no means the only one—that contributes to the present marginalization of Muslims and a growing sense of injustice and victimhood.

Such negative feelings must be checked before the gulf widens further. A bloody clash of civilizations, should it actually transpire, will surely rank along with the two other most dangerous challenges to life on our planet—climate change and nuclear proliferation.

Islam’s encounter with science has had happy and unhappy periods. There was no science in Arab culture in the initial period of Islam, around 610 AD. But as Islam established itself politically and militarily, its territory expanded. In the mid-eighth century, Muslim conquerors came upon the ancient treasures of Greek learning. Translations from Greek into Arabic were ordered by liberal and enlightened caliphs, who filled their courts in Baghdad with visiting scholars from near and far. Politics was dominated by the rationalist Mutazilites, who sought to combine faith and reason in opposition to their rivals, the dogmatic Asharites A generally tolerant and pluralistic Islamic culture allowed Muslims, Christians, and Jews to create new works of art and science together. But over time, the theological tensions between liberal and fundamentalist interpretations of Islam—such as on the issue of free will versus predestination—became intense and turned bloody. A resurgent religious orthodoxy eventually inflicted a crushing defeat on the Mutazilites. Thereafter, the open-minded pursuits of philosophy, mathematics, and science were increasingly relegated to the margins of Islam.

A long period of darkness followed, punctuated by occasional brilliant spots. In the 16th century, the Turkish Ottomans established an extensive empire with the help of military technology. But there was little enthusiasm for science and new knowledge. In the 19th century, the European Enlightenment inspired a wave of modernist Islamic reformers: Mohammed Abduh of Egypt, his follower Rashid Rida from Syria, and their counterparts on the Indian subcontinent, such as Sayyid Ahmad Khan and Jamaluddin Afghani, exhorted their fellow Muslims to accept ideas of the Enlightenment and the scientific revolution. Their theological position can be roughly paraphrased as, “The Qur’an tells us how to go to heaven, not how the heavens go.” That echoed Galileo earlier in Europe.

The 20th century witnessed the end of European colonial rule and the emergence of several new independent Muslim states, all initially under secular national leaderships. A spurt toward modernization and the acquisition of technology followed. Many expected that a Muslim scientific renaissance would ensue. Clearly, it did not.

What ails science in the Muslim world?

Muslim leaders today, realizing that military power and economic growth flow from technology, frequently call for speedy scientific development and a knowledge-based society. Often that call is rhetorical, but in some Muslim countries—Qatar, the United Arab Emirates (UAE), Pakistan, Malaysia, Saudi Arabia, Iran, and Nigeria among others—official patronage and funding for science and education have grown sharply in recent years. Enlightened individual rulers, including Sultan ibn Muhammad Al-Qasimi of Sharjah, Hamad bin Khalifa Al Thani of Qatar, and others have put aside some of their vast personal wealth for such causes. No Muslim leader has publicly called for separating science from religion.

Is boosting resource allocations enough to energize science, or are more fundamental changes required? Scholars of the 19th century, such as the pioneering sociologist Max Weber, claimed that Islam lacks an “idea system” critical for sustaining a scientific culture based on innovation, new experiences, quantification, and empirical verification. Fatalism and an orientation toward the past, they said, makes progress difficult and even undesirable.

In the current epoch of growing antagonism between the Islamic and the Western worlds, most Muslims reject such charges with angry indignation. They feel those accusations add yet another excuse for the West to justify its ongoing cultural and military assaults on Muslim populations. Muslims bristle at any hint that Islam and science may be at odds, or that some underlying conflict between Islam and science may account for the slowness of progress. The Qur’an, being the unaltered word of God, cannot be at fault: Muslims believe that if there is a problem, it must come from their inability to properly interpret and implement the Qur’an’s divine instructions.

In defending the compatibility of science and Islam, Muslims argue that Islam had sustained a vibrant intellectual culture throughout the European Dark Ages and thus, by extension, is also capable of a modern scientific culture. The Pakistani physics Nobel Prize winner, Abdus Salam, would stress to audiences that one-eighth of the Qur’an is a call for Muslims to seek Allah’s signs in the universe and hence that science is a spiritual as well as a temporal duty for Muslims. Perhaps the most widely used argument one hears is that the Prophet Muhammad had exhorted his followers to “seek knowledge even if it is in China,” which implies that a Muslim is duty-bound to search for secular knowledge.

Such arguments have been and will continue to be much debated, but they will not be pursued further here. Instead, let us seek to understand the state of science in the contemporary Islamic world. First, to the degree that available data allows, I will quantitatively assess the current state of science in Muslim countries. Then I will look at prevalent Muslim attitudes toward science, technology, and modernity, with an eye toward identifying specific cultural and social practices that work against progress. Finally, we can turn to the fundamental question: What will it take to bring science back into the Islamic world?