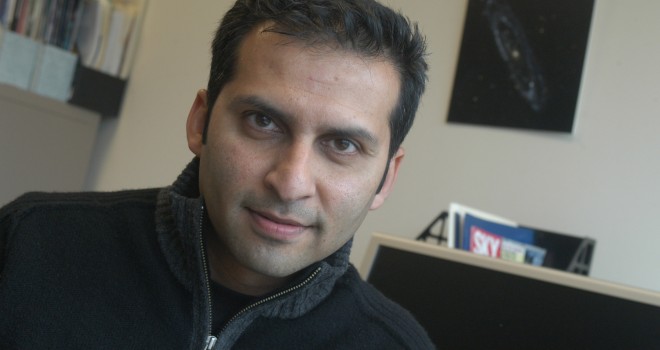 What is the relation between science and religion? This is an important question. The world we inhabit today is shaped by modern science and its practical applications. The way we perceive nature is deeply informed by our understanding of the vastness of the cosmos and the complexities of the sub-atomic worlds as revealed by science. At the same time, religion is an integral part of Pakistani society, and shapes the identity of millions of its citizens. For a place like Pakistan, both science and religion are essential.

It is no surprise then that the question of the relation between science and religion often comes up in conversations. From a historical perspective, there is no single narrative that defines this relation. There have been times when religious authorities  stymied science. On other occasions, holy books have provided the inspiration, and religious institutions the support, to help discover the secrets of the universe. There have been religious scientists: Ibn al-Shattir was a muwaqqit at a mosque in Damascus, Mendel was a priest. And there have been scientists who have been vocal in their opposition to religion. Thus, it is hard to define the relation between science and religion in any other way than complex.

In Pakistan today, there seems to be consensus that science and religion are not opposed to each other. This signals a positive approach, as Pakistan needs to develop a strong scientific culture to meet the challenges of the 21st century. However, for a large majority, this view is shaped by the pseudoscience of finding scientific miracles in the Qur’an (also known as I’jaz). This is neither good science nor good religion! If many of our bright, young minds are being introduced to science this way, then the practice of I’jaz is perhaps a major impediment to the development of a vibrant scientific culture in Pakistan.

Science is driven by curiosity about the natural world. Unsolved problems attract the attention of its practitioners. The harder the problem, the more attention it gets.

For example, one of the hottest areas in astronomy today is exploring the nature of “dark matter” — we know it exists but we cannot see it, nor does it interact with ordinary matter. Some of the brightest minds are searching for dark matter in the largest particle accelerators in the world as well as in observatories looking for evidence in large galaxy clusters. We do not know when or where we will find the evidence. It is also possible (though unlikely) that someone will show that dark matter does not exist and that our inference about its existence was deeply flawed. Science will go wherever evidence will take it.

On the other hand, those who are seeking scientific miracles in the Qur’an are driven neither by curiosity about the natural world nor by the desire to find explanations of unsolved problems. Instead, they know that they already know the answer. For them, the primary goal is to seek validity of one’s own belief through the authority of science.

This search for science in scriptures is a relatively new phenomenon. It is the religious response to the advent of modernity and the rise of modern science as the most powerful method for explaining the natural world. Muslims are not alone in seeking validity from science. Christians find science in the New Testament, Jews find it in the Torah, Hindus find it in Bhagavad Gita, and Mormons find it in the Book of Mormon. Everyone is convinced that their holy book contains snippets of modern science. Take the specific case of dark matter: you can find websites and even books that claim that dark matter is already mentioned in the Qur’an (for Muslims), the Bible (for Christians), the Torah (for Jews), and Bhagavad Gita (for Hindus). Of course, everyone will be scrambling to change his or her respective interpretations if the dark matter idea turns out to be wrong.

Make no mistake. None of this is science.

It is ironic that when medieval Muslim scholars dominated natural philosophy (what we may loosely call science today), they did not seek ‘scientific miracles’ in the Qur’an. Instead, the Qur’an served as an inspiration to understand the natural world through reason.

So what can we do to rekindle the spirit of scientific culture in Pakistan? This is a large question, but we can take the small step of appreciating the joy of finding things out. From the condensation of water into rain here on Earth, to the detection of lakes of liquid methane on the Saturn’s moon, Titan. From understanding the way leaves change colours in the winter, to figuring out the how stars form in galaxies.

Science seeks answers about how the universe works. Religion provides inspiration to explore the natural world. The late American biologist Stephen J Gould called science and religion two equal but separate spheres of life, or Non-overlapping Magisteria, in his own words. The former deals with the physical world and the latter with questions of ethics and the meaning of life. The building blocks of a scientific culture in Pakistan will have to be laid upon this mutual respect and separation of these two vital spheres of life.