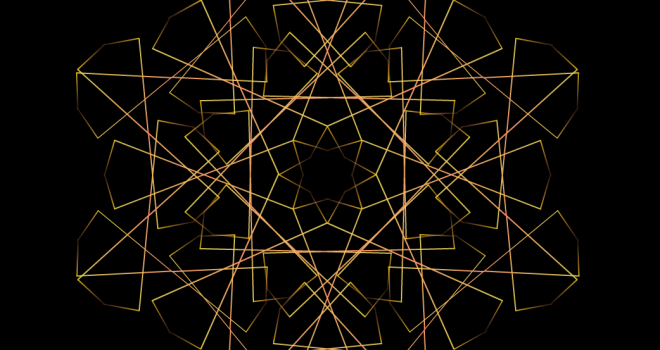 By Islam & Science The 14 November 2013 - 00h11
History is full of episodes and examples of people who, for having been a bit more clairvoyant, thoughtful, humanistic, or heterodox than the rest of their society paid a dear price, sometimes with their lives: Socrates, Hypatia, Ibn Rushd (Averroes), Bruno, Galileo, and many others.
But one would have thought that times have really changed, that someone refusing to lie about his conviction that Darwin’s theory of evolution is correct would not be called a heretic and be the subject of all kinds of threats. Unfortunately, that is exactly what Dr. Usama Hasan is going through these days, and not in some corner of Pakistan or Yemen – right in London, UK!
Usama Hasan is a special specimen. He presents himself as “an imam, scientist, lecturer & activist based in London, UK”; the Guardian describes him as “a senior lecturer at Middlesex University, fellow of the Royal Astronomical Society, former planetarium lecturer at the Royal Observatory, Greenwich, and a part-time imam”; a longer bio can be found on the Global Experts website, where one reads that “Dr. Hasan received his PhD in Electrical Engineering at Imperial College, University of London… [an] MA (Hons.) [in] Theoretical Physics at the University of Cambridge and MSc (Distinction) [in] Mathematics at King’s College, London.” All of this is quite impressive, but what really makes Dr. Hasan a special specimen is the fact that he “successfully memorized the Koran at the age of eleven and has continued training in the traditional Islamic sciences”, particularly under the guidance of his father, a respected Muslim scholar. He has thus served as an Imam for two decades, hosted a weekly TV show on Islamic jurisprudence issues, and appeared on various British and US media outlets, particularly the famous BBC-TV show Hardtalk, speaking out against Muslim extremists, especially after 7/7 (the London subway bombings, the UK equivalent of 9/11).
All this, and Usama Hasan is only in his forties…
But then Darwin’s anniversary came (in 2009), and it brought troubles to Dr. Hasan, after he penned an article in the Guardian, titled “Knowledge regained” but more interestingly subtitled “In contrast to their forebears, modern Muslims have a childlike view of science, especially evolution. This needs to change.” (I know, these titles and subtitles are rarely chosen by the authors, the editors always find “better” ones…) In the article, Dr. Hasan was not only arguing that Muslims’ knowledge and view of the theory of evolution was woefully poor – hence the widespread opposition to it – but that the illustrious scholars of our civilization’s golden age were so far ahead of today’s Muslims in their knowledge of nature and their evolutionary conception of the living world. And that’s when all hell broke loose. Google “Usama Hasan” and Evolution together and you get 3,370 pages, including Adam Deen’s “Responding to Usama Hasan’s Muslim apes” and ““Sheikh” Usama Hasan on Evolution”.
Now, those of us who speak or write on controversial issues or just hold unpopular views are used to the invectives and even the hatred. But in Dr. Hasan’s case, things went much worse.
First he was hit by a fatwa. As documented by Usama Hasan, “Sheikh Salih al-Sadlan of Riyadh gave a fatwa on not praying behind anyone who accepts Darwinism.  This fatwa was given at the Green Lane Mosque in Birmingham, HQ of Markazi Jamiat Ahl-e-Hadith, during their annual conference 24-28 Dec 2010.” Dr. Hasan describes Sheikh al-Sadlan as “a respected Professor of Law, especially Hanbali Law”… Upon hearing about it, Dr. Hasan called the Sheikh on the phone and politely tried to explain his views to him, but to no avail…
Then he was hit by a petition for his removal from the mosque. He tried arguing back, by posting long rebuttals and excerpts from illustrious Muslim scholars’ views on Evolution and by giving, or at least trying to give, a lecture on Evolution (on the 22nd of January 2011). The lecture was shouted out, and things have gone from bad to worse, as one person – as reported by Dr. Hasan – called for his killing.
Now, Usama Hasan, has posted a new entry on his blog (interestingly called “Unity: A website devoted to the unity of God, the unity of knowledge & the unity of the peoples of the world”), where he tries to show the extent to which he must be seen as an orthodox Muslim, since he believes that “As Allah revealed to us in the Qur’an, He created Adam, peace be upon him, the first human, from earth, or clay and water.  He created Him with His Two Hands, breathed His Spirit into him…” He also, unfortunately, starts to reduce the importance or the merits of scientific theories, stating that “people are free to accept or reject a particular scientific theory”, which I think is an inappropriate statement. He does, however, immediately add that “theologians who have no grounding in science, have no right to pronounce upon scientific subjects.  Any such fatwas about science from people ignorant of the subject matter are null and void.” These last two sentences are fully correct, and I support them without reservation.
It is very depressing – and even shocking – to me to witness such an inquisition on a learned, enlightened, and moderate man like Usama Hasan, who in other lands would have been hailed as a beautiful flower, grown and nurtured by a family of knowledge, and benefiting from all that is great in not one but two civilizations. That a man of science and faith, who devotes his time and his life to educating people, from the mosque to the planetarium and the media, would be “rewarded” as such is a great calamity of our times. I don’t know if something like this could happen nowadays in any other culture but the Muslim one. What a shame!
We all must speak up against such despicable acts and attacks. And we must continue to spread knowledge and civil discourse.

Usama, you are not alone out there, defending your knowledge, your faith, and your sincerity. I and many others, I hope, stand beside you to the extent we can – mostly with our thoughts, our words, and our prayers.

This is a weekly post by Nidhal Guessoum (see his earlier posts here). Nidhal is an astrophysicist and Professor of Physics at American University of Sharjah and is the author of Islam’s Quantum Question: Reconciling Muslim Tradition and Modern Science.