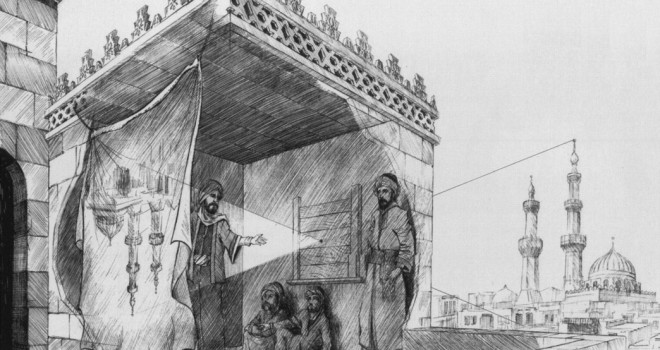 Micrographia of the twenty-first century: from camera obscura to 4D microscopy

In this paper, the evolutionary and revolutionary developments of microscopic imaging are overviewed with a perspective on origins. From Alhazen’s camera obscura, to Hooke and van Leeuwenhoek’s two-dimensional optical micrography, and on to three- and four-dimensional (4D) electron microscopy, these developments over a millennium have transformed humans’ scope of visualization. The changes in the length and time scales involved are unimaginable, beginning with the visible shadows of candles at the centimetre and second scales, and ending with invisible atoms with space and time dimensions of sub-nanometre and femtosecond. With these advances it has become possible to determine the structures of matter and to observe their elementary dynamics as they unfold in real time. Such observations provide the means for visualizing materials behaviour and biological function, with the aim of understanding emergent phenomena in complex systems.


← An ominous warning on climate change
Lessons from the past: science and rationalism in medieval Islam →