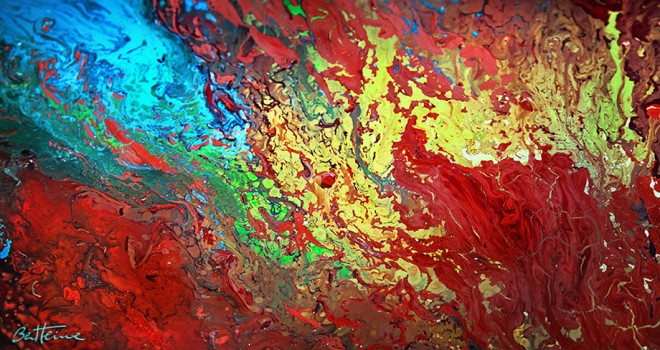 An ominous warning on climate change

Scientists have failed to influence the public and the policymakers of the harsh and immediate reality of climate change.

First, remember that for many years, they were (correctly) speaking of “global warming”, but most people were not convinced that the effect was real. Indeed, people often retorted: “how can they talk about ‘warming’ when we experience ‘deep freezes’ and floods aplenty?” Scientists then switched to saying “climate change”, whereby it was argued that our exponential production of carbon dioxide not only increased the globe’s average temperature but more importantly resulted in local and regional changes of the climate – with devastating effects.

Still, after years of factual presentations, scientists realised that their message was not getting through.

Just two weeks ago, the UN-appointed Intergovernmental Panel on Climate Change (IPCC) released its third big report on the problem. It hardly appeared at all on the public’s radar, despite being hailed in many corners as an alarm-ringing document. Indeed, it detailed the effects that climate change is going to have on our planet and on humans’ lives; in fact, it stated clearly that the effects are already being felt quite severely. But the report produced almost no reaction from policymakers or the civil society.

Indeed, social studies have shown that issues are addressed not when experts push for them, but when the media puts them squarely in front of the public. That is why media personalities have decided to take charge of convincing the public and officials of the reality and costs of climate change at the local and national levels.

Two weeks ago, the National Broadcasting Company (NBC), one of the main TV networks in the United States, aired a one-hour show titled Our year of extremes: Did climate change just hit home? And last week, Showtime, a cable TV network in the US, aired the first episode from a nine-part big-budget series titled Years of Living Dangerously co-produced by James Cameron (of Titanic, Avatar, and other blockbuster movies) and with the active participation of Hollywood celebrities (Harrison Ford, Matt Damon, Arnold Schwarzenegger, and others) and some media personalities, including Thomas Friedman of the New York Times and Lesley Stahl of the CBS TV network.

In fact, the main development here is not just the change of public strategy from “let’s assemble hundreds of scientists to produce well-documented reports” to “let the celebrities address the public”. The main change is from “let us tell you how the planet will suffer due to global warming” to “let us show you how the lives of people like you are being broken right now due to climate change…”

I watched both documentaries, and they were indeed jaw dropping. In Years of Living Dangerously, in particular, we are shown stories from different parts of the world that are rarely told, including, most strikingly, the important role that droughts in Syria between 2005 and 2011 played in the start of the armed rebellion. Friedman interviewed many Syrian refugees in Turkey and even made a brief incursion into Syria to talk to some rebel leaders, and they all told him that droughts left them hungry and destitute, which led them to take up arms when the government failed to assist them and even repressed their protests.

Similarly, stories were shown of communities being destroyed in Indonesia, where entire forests are decimated (for greedy profits), with immediate ecological effects on the land and the people. In the American southwest, towns are affected when farming and cattle raising are destroyed by droughts, forcing the closure of meat and food factories, making families sell their homes and move in search of new jobs and lives.

In the NBC documentary, unprecedented wildfires are shown to have increased in frequency and intensity lately, with extraordinary destructive effects, from the death of 19 firefighters in Arizona in June 2013 to the migration of thousands of people who lost their houses or lands.

But there is one important aspect of the message that communicators, whether scientists or media celebrities, have to be very careful about. Recent studies have shown that the public tends to react negatively when shown extreme effects and no practical solution. It is thus imperative to explain to the public that there is much that can be done, at all levels: the individual, the company, the city, the country and the world.

Indeed, the latest IPCC report presents a number of reasonable solutions as it invites everyone to start implementing solutions which revolve around two main ideas: a) reducing carbon dioxide emissions by adopting cleaner energy sources; and b) modifying our lifestyles — housing, transportation, etc.— to reduce energy consumption. The IPCC recommends adopting natural gas and shunning oil and coal, in addition to renewable energies such as solar and wind power. Nuclear energy, however, remains a divisive issue among scientists and environmental activists.

Individuals can help by changing their own lifestyles and pushing for policy changes. But it’s really at the national and international levels that real progress can be made, by imposing policies that will lead to a “decarbonisation” of our world.

Climate change is, along with poverty, oppression, and crime, one of the main issues of our times. We must make everyone fully aware of its impact, today and tomorrow and of what can and must be done about it.

Nidhal Guessoum is a professor and associate dean at the American University of Sharjah. You can follow him on Twitter at www.twitter.com/@NidhalGuessoum.


← It’s Time to Herald the Arabic Science That Prefigured Darwin and Newton
Micrographia of the twenty-first century: from camera obscura to 4D microscopy →