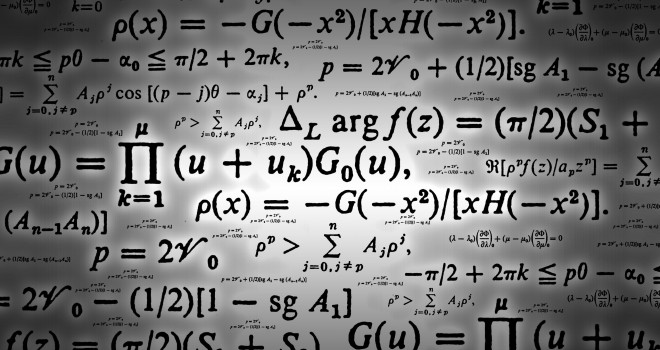 5. The mathematicians of the Maghrib after the 15th century

To our knowledge, mathematical production of the period that extends from the beginning of the 16th century to the end of the 19th has not as yet been the subject of any global study. The remarks we are going to present briefly are based essentially on bio-bibliographical elements and on the analysis of some texts lithographed during the 19th century or recently edited [Khattabi 1987].

The known number of mathematicians (or teachers of mathematics), who lived in the Maghrib after the 15th century surpasses 150. The disciplines that they taught, or that they dealt with in the works that came down to us, are metrical Geometry, Calculation, magical squares and the distribution of inheritance, as far as Mathematics is concerned, and the calculation of time, the determination of the direction of Mecca and the description of astronomical instruments, as far as Astronomy is concerned [Suter 1900; Brockelmann 1937-49; Lamrabet 1994].

Restricting ourselves to Mathematics, and in the light of the texts that we have been able to study, we may affirm that the content of this production differs from the earlier mathematical writings in form and standard. One finds poems, like those of al-Akhdhar (d. 1576), al-Wansharīsī (d. 1548) and ar-Rasmūkī (d. 1721), glosses or commentaries like those of Ibn al-Qādhī) (d. 1616) and Muhammad Bannīs (d. 1798), and summaries like those of al-Fāsī (d. 1685). Concerning the level of these writings, it is lower than that of the works of the 15th century, which are themselves much less rich, with respect to ideas and techniques, than the works of the 13th-14th centuries. This corresponds well to what one may observe in others sectors of intellectual activity in the whole of North Africa.

Among the internal factors that might be the origin of this long process of decline of mathematical activities, there is the slowing-down and later the termination of research, and the allure of a qualitative change in the content of the works of teaching that were progressively limited to the exhibition of techniques and results without any demonstration. These internal factors were themselves induced by external factors which belong either to the economical sphere, such as the drying out of the African gold route or the loss of control of sea routes, or the political sphere, such as the repeated offensives against the coast of North Africa by the new powers of southern Europe, i.e. Spain and Portugal and certain Italian city-states [Laroui 1970 : 211-223].

It is thus not surprising that this long process of degradation had indirect effects on mathematics through the progressive contraction of their domain of activity and of their field of application. Thus, the only activities which remained for the mathematicians, different from teaching and elaboration of manuals, were those of mathematical practices directly related to activities or preoccupations of a religious character, such as the distribution of inheritance and donations to rightful claimants, the determination of time for the fixing of moments for prayer, or the construction and use of astronomical instruments, like the quart of sine and the astrolabe.

As a consequence of the halt of research in Mathematics, the contraction of its field of application and the reduction of the content of the programmes, one sees the appearance and development, both in the Maghrib and in Egypt, of the practice that consists of publishing, on a single mathematical subject, a series of works that only differ in style (poetry or prose), volume (book or summary) or form (detailed commentary or glosses). This tendency was already very obvious from the second half of the 15th century in the case of al-Qalasādī in Ifriqiya, and Ibn Ghāzī in the Extreme Maghrib. It continued at least until the 18th century, as the production of ar-Rasmūkī (d. 1775) shows. But, notwithstanding the absence of originality of these numerous writings, they constitute precious material for the history of scientific teaching in North Africa.

At the end of this review of ten centuries of mathematical activities in the Maghrib, it seems us useful to make some remarks of a general nature concerning the content of these activities and what has been transmitted to other regions of Africa.

The first remark concerns certain non-Arab computational survivals. The information presented shows that mathematical practice in the Maghrib inscribes itself essentially in the Arab tradition. But, this does not mean that the practice was unique. One notes in fact, in the area of computation, and that seems to be a peculiarity of the Extreme Maghrib, the survival, from the pre-Islamic epoch, of a computational practice that uses symbols called the ciphers of Fez. These symbols distinguish themselves from the ghubār (dust) ciphers, i.e. today’s ciphers, by their number and form. The persistence of this practice was such that mathematicians like Ibn al-Bannā in the 14th century, and others less prestigious, wrote manuals to explain its principles and use [Djebbar 1987: 239-40].

The second remark concerns the place of the Maghrib in the mathematical tradition of the Muslim West. It is clear, in the light of the information that we have presented, that it was essentially the cities of the Extreme Maghrib, in particular Sebta, Fez and Marrakech, which took the relay from Muslim Spain in mathematical activity from the 12th century onwards until the end of the 14th. After this period there was a greater intervention of two other scientific poles: Tlemcen in the Central Maghrib and Tunis in Ifriqiya. The reasons why this relay did not take place before the 12th century are not easy to determine with certainty. Among the reasons is probably the proximity of Muslim Spain and its dynamism during the 9th-11th centuries, which regularly attracted the elite who were first trained in the cities of the Maghrib and who then installed themselves provisionally or definitively in a city of al-Andalus. As examples, one may cite the case of al-Wahrānī (ca. 1037) for the Central Maghrib [Suter 1900: no. 251], al-Kal‘ī (d. 1111) for Ifriqiya [Djebbar 1988b: 64] and Ibn Yāsīn (9th century) for the Extreme Maghrib [Suter 1900: no. 106]. This phenomenon was able to influence the constitution of scientific foyers of high level negatively in the Maghribian metropoles.

Other probable causes are to be found in the economic sphere where the Maghrib appeared, until the Almoravid epoch, much more as a relay than a pole attracting wealth and know-how. From the 12th century onwards, it seems likely that diverse factors were united to allow the Maghrib to become a pole. But, it is also from this epoch onwards that Arab scientific activity taken as a whole started to show signs of running out of breath and slowing-down in the metropolis of other regions. Having said this, the 12th-13th centuries have not as yet revealed all their secrets and it is very likely that this short period during which the Maghrib realised its political unity has been, in the field of mathematics, still more fruitful than is apparent from the few works that came down to us and that we havepresented briefly.

The third and last remark concerns the role of the Maghrib in the diffusion of the Arab mathematics. This diffusion is first effected, it seems, towards southern Europe in a direct manner as a consequence of translations, such as the presently unique example of the Hebrew translation of the Kitāb al-bayān of al-Hassār, or in an indirect manner by the assimilation of local teaching realised in Arabic followed by the elaboration of manuals or treaties in Latin or Hebrew. The most famous example that illustrates this phenomenon and is still little studied, is that of Fibonacci. As he says himself, this Italian scholar was trained, when very young, in Bougie, one of the Maghribian scientific poles of the 12th century and, later, he reproduced, in his Liber Abbaci, certain aspects of the Magrebian mathematical tradition and in particular with respect to the symbolism and computation of fractions [Vogel 1970-80: 605-609].

However according to our information, the transmission of mathematical writings of the Maghrib essentially went in two other directions. The first is that of the East, more precisely Egypt, where the writings of al-Hassār, Ibn al-Yāsamīn and Ibn al-Bannā circulated or were the object of commentaries. This fact is confirmed by the testimony of the encyclopedist of the 14th century, Ibn al-Akfānī [Ibn al-Akfānī 1990], and by the commentaries of the Talkhīs. The content and the modalities of this transmission have still not been the object of an in-depth study, but a comparative analysis of the documents that exist might clarify more about this little known phenomenon.

The third direction in which the transmission went is that of the Sub-Saharan Africa. This phenomenon is, unfortunately, still less known than the two preceding ones. It seems that it was the Extreme Maghrib that was the principal relay for this transmission that essentially concerned the Science of Computation and Astronomy. We have a first confirmation of this through the manuscripts that are today in the Ahmad Bābā library in Timbuktu. Among these manuscripts, only one, treating computation, is attributed to a scholar from the region. It concerns Ahmad Bābir al-Arawānī, a mathematician native from Arawānī (Mali) who lived after the 16th century, as he refers in his writing to an arithmetical poem, ad-Durra al-baydhā’ [The white pearl] of a mathematician of the Central Maghrib called al-Akhdhar (d. 1575) [Ms. Bibl. Ahmad Baba no. 3027]. The other manuscripts are either mathematical poems, like those of as-Samlālī and ar-Rasmūkī, both the Extreme Maghrib [Lapousterle 1990], or also astronomical writings, like the Kitāb tarhīl ash-shams [The book of the movement of the sun] of Ibn al-Bannā.

We cannot appreciate the importance of this diffusion on the basis of the rare elements that are in our possession, and a number of questions concerning scientific activity South of the Sahara remain to be answered and probably so for some time. However, if one takes into account the information that came down to us in respect of the cultural history of this region [Batily 1989; Dramani-Issifou 1982; Niane 1975; El-Fasi & Hrbek 1990; Niane 1975a, 1975b, 1985], it seems reasonable to think that the circulation of scientific writings was more important than the documents accessible today suggest. Likewise one may suppose that students native of Sub-Saharan zones, perhaps had the possibility to move themselves to the North, for example to undertake a pilgrimage to Mecca or for other reasons, as happened with Ahmad Bābā at-Tambuktī (d. 1627). One or some other of these circumstances would have given these students the opportunity to perfect themselves under the guidance of known professors, before themselves becoming teachers or authors of works, as shown by the example of al-Arawānī that we mentioned earlier, and that of al-Katsināwī (d. 1741), a scholar native of Katsina (Nigeria) who lived for a time in Cairo and who specialised in the construction of magic squares [Zaslavsky 1973: 138-151; Kani 1992b: 17-36; Gerdes 1992: 17; Sesiano 1994].

However, we cannot evaluate objectively either the content of the scientific production or the nature and intensity of the exchanges between the men of science of the different regions of North Africa, until new investigations of as yet inaccessible documents concerning all aspects of the intellectual life of the cities of these regions are carried on. Having said this, and waiting for the discovery and comparative analysis of these documents, we hope that the few elements we have presented already allow us to convince the reader of the importance of the scientific heritage of this part of Africa.

Bibliography – History of Mathematics in the Medieval Maghrib: Survey of the Scholarship


← Islam and Science: concordance or Conflict? By Prof. Abdus Salam 5/5
Where science and religion meet, from an Islamic perspective →