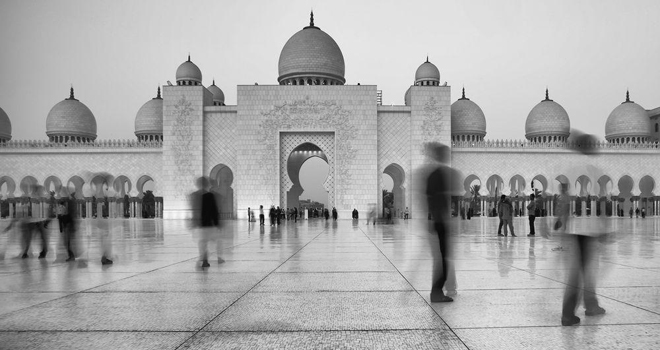 As we celebrate Darwin, let’s not forget the unsung champions of evolution from the Muslim world

Last month, scientists from around the world partied into the small hours on the 200th anniversary of the birth of Darwin.

But as we celebrate the work of one of the most influential scientists ever, let’s take a moment or two to remember others who contributed ideas in the history of evolutionary thought. Many came from Britain as well as other countries in Europe. Others came from further afield, and their writings are increasingly coming to light thanks to the painstaking work of historians of science, and historians of ideas.

One of them is an East African writer based in Baghdad in the 9th century called al-Jahiz. In a book describing the characteristics of animals, he remarked:

“Animals engage in a struggle for existence, and for resources, to avoid being eaten, and to breed.” He added, “Environmental factors influence organisms to develop new characteristics to ensure survival, thus transforming them into new species. Animals that survive to breed can pass on their successful characteristics to their offspring.”

Or there’s Muhammad al-Nakhshabi, a scholar from 10th century central Asia. He wrote: “While man has sprung from sentient creatures [animals], these have sprung from vegetal beings [plants], and these in turn from combined substances; these from elementary qualities, and these [in turn] from celestial bodies.”

In their excellent Darwin’s Sacred Cause: Race, Slavery and the Quest for Human Origins, Adrian Desmond and James Moore describe how Darwin and his family were influenced by the anti-slavery movement, and they explore the extent to which these ideas, in turn, influenced his own thinking – especially on the idea of the connectedness of humanity.

A parallel line of argument can also be found from a Spanish philosopher from the 12th century. His name is Muhammad ibn Arabi and he developed an idea that his translators called the “unity of existence”. He believed that all living matter is connected. And many commentators now think that this was his way of showing that within humanity, there can be no outsiders or “others”.

These ideas were later taken up in the writings of Indian-born philosopher-poet Muhammad Iqbal in the early 20th century. We also know that Iqbal had been reading Darwin and wanted to find a way of synthesising the latest ideas from biological science with earlier Islamic-era philosophy. Iqbal today is revered throughout South Asia and also happens to be Pakistan’s national poet.

Why is it important to emphasise links between Darwin, and thinking on evolution in other cultures?

One reason is that in many developing countries today, Darwin – and by extension evolution – are seen as being in the service of imperialism. This is partly because of the period in which Darwin lived and worked, but also because of a perception that Darwin’s ideas were used by colonialists to provide “scientific” justification for empire.

Another reason comes from the rise of creationism. I’ve just finished work on a new documentary series for BBC radio 4 on science and Islam in the modern world. One thing I didn’t expect to find was the extent to which creationism poses a risk to what is otherwise more encouraging news: that after decades of neglect, interest and investment in science and learning in Islamic countries is on an upward trajectory.

Many countries are building more universities and opening doors for young people to embark on PhDs. Progress, however, will be slower if more start believing that scientific knowledge can be found in the pages of sacred texts; or if they devote time and energy getting sucked into anti-evolution campaigns.

Instead, if today’s young scientists could just take a peek into the history of science in Islamic cultures, they would see a respectable tradition of thinking, debate and argument on the origins of life and the evolution of species.

The irony in all this is that creationism did not exist as a significant movement during the heyday of Islamic civilisation. Back when Baghdad was a centre for advanced learning, scientists did not spend hours examining passages of revelation to see if they compare with observed knowledge of the natural world.

Instead, they went out and tried to discover things for themselves.

Islam and Science is on BBC Radio 4 at 9pm on Monday 2 March. It is also available to download on BBC i-player.

By Ehsan Masood, published in The Guardian, March 1st 2009.