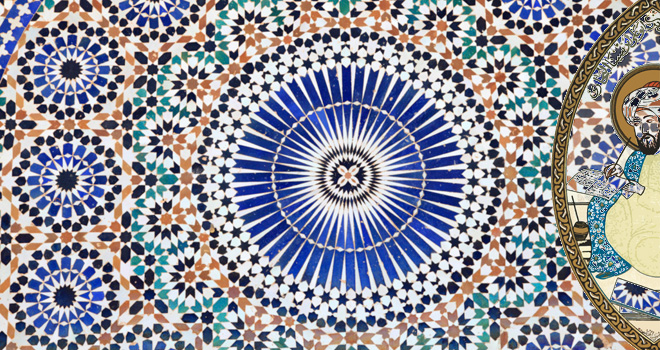 Islam, Modern Science, and a glimpse of Methodological Naturalism

Modern science can generally be defined as: “an organised, systematic and disciplined mode of inquiry based on experimentation and empiricism that produces repeatable and applicable results universally, across all cultures.” [1] This definition has the virtue of emphasising the characteristics of objectivity (repeatability, universality) and testability (experimentation, empiricism). It further refers indirectly to the process of Science (the “scientific method”), and incorporates Karl Popper’s “falsifiability” criterion (“testability”), which declares as non-scientific any proposed explanation that cannot be checked, with the aim of either confirming it or rejecting it as incorrect. This is important as it allows for a distinction between science and other great fields of human knowledge or activity e.g. art, philosophy, religion and more.

This definition, however, does not mention, at least not explicitly, what in my view is the fundamental characteristic of modern science namely the principle of “methodological naturalism”. This insists that science only admit explanations of natural phenomena that rely solely on natural causes and leave out entirely any appeal to supernatural agents, be they spirits, angels, demons, or God Himself. It is important to stress right away that Modern Science does not reject the concept of God or anyone’s belief in Him or other supernatural agents; it only insists that scientific explanations of natural phenomena be based on natural causes. This is simply a pragmatic, neutral, and constructive stance: first, scientists note that we have made much greater progress when we looked for natural explanations of phenomena (from lightning and earthquakes to epilepsy and schizophrenia) than when we assumed they were produced by God or demons. Secondly, with the diversity of cultures in the world, the only things we can agree on are the facts of nature we all observe in the same way. If we were to admit other non-scientific assumptions/explanations then each of us might have his/her biased cultural beliefs and “explanations” for this or that phenomenon.

This framework of Modern Science has posed a challenge to at least some Islamic conceptions of the world and nature, as often Muslims claim and insist that God acts physically and directly in the world, in cases of miracles or in everyday events, either at large scales (earthquakes, floods, etc.) or small, individual, personal scales (in responses to prayers, in particular). However, one must recall that this issue had been raised and debated by Muslim theologians in the past, with discussions of “secondary causes”. Indeed, God being the primary cause for everything, the debate between philosophers and theologians (Mu`tazilites and Ash`aris) was whether phenomena in nature followed laws and “secondary causes” or whether God had to be invoked in each and every instant for every atom, cell and ray or light.

Illustrious Muslim scientists of the golden age, particularly Ibn Al-Haytham (965-1040) and Al-Biruni (973-1048), insisted on natural explanations for the phenomena they were attempting to explain. The Mu`tazilites, chiefly represented by the great theologian Qadi `Abd al-Jabbar (d. ca. 1024) held the view that God operates according to rational laws. [2] The Ash`aris, however, who to this day are the largely dominant theological school in the Muslim world, insist that God holds every process, small or large, and acts at every instant. Muslims who are more in line with the modern scientific approach see no contradiction in believing that God “sustains” the world through the laws that he has put in nature, and that natural causes are indirectly God-allowed causes.

Excerpt from chapter 3: What is Modern Science? And Why Do Some Thinkers Criticise It?/The Definition and Characteristics of Modern Science, p.38-40.


← Occasionalism and Causality – Re-thinking Al-Ghazali’s alleged opposition to Science
Are We Born Believing in God? →