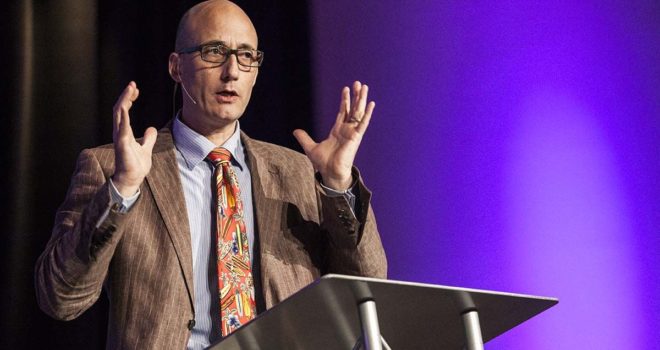 Are We Born Believing in God?

In conversation with Muslims and Hindus I have been told that children come into the world already knowing God. This theme that children have special access to the divine appears in various traditions, but independent of theological claims, do we have reason to believe that we are born believers in God? Understanding the question in the most straightforward way, we do not have strong evidence that children come into the world believing–or not believing–in God. Understanding the question in a different way, however, opens up some interesting possibilities concerning children’s natural receptivity to theistic beliefs.

To reach such a conclusion one must understand that children’s minds are not generic, all-purpose learning devices that treat all information the same. Selective pressures appear to have led to a mind that has natural dispositions to attend to some information over other and process information in particular ways to solve specific problems in navigating the world in which we live. To take one example, studies by Andrew Meltzoff and M. Keith Moore show that newborns—less than 24 hours old—can already pick out human faces in their environment and imitate facial expressions. Human minds have evolved in such a way as to render this task automatic and easy for newborns, perhaps because of how important it is for a hyper-social species such as ours to “read” each other’s attention, intentions, desires, and feelings from each others’ faces. Face detection, recognition, and imitation is only one example of the many subsystems of the human mind that appear to develop as a normal part of human maturation—what philosopher Robert McCauley has termed ‘maturationally natural’ cognition. Because these maturationally natural subsystems are a product of biological predispositions and environmental regularities, these systems are largely constant within and across cultures. These subsystems structure human interactions with their environment and subsequent learning and conceptual development. Consequently, they serve to inform and constrain cultural expression, including religious beliefs.

These maturationally natural cognitive subsystems encourage belief in at least one God, by creating a conceptual space that is most readily filled by such a God concept. That is, rather than the idea of a God being hard-wired into our cognitive systems, we are naturally inclined to reason about the world in such a way that a God concept fits like a key in a lock: God sits well with many of our natural intuitions such that belief in a God makes sense of how we conceive of the world and many events in our lives. I do not mean that we reflectively, rationally consider aspects of the world (such as its mere existence, apparent design or purposefulness, apparent coherence, etc.) and conclude that the existence of a God best accounts for these observations, though some people do. Rather, our naturally developing, untutored, conceptual equipment leads us to find the existence of at least one God intuitively attractive even absent any argumentation on the matter.

The primary culprits for our natural receptivity to believe in God appear to be the cognitive subsystems that we use to understand intentional agents, minds, and features of the natural world. From the first few months of life babies distinguish between those objects that move themselves in goal directed ways from all other objects. Before long they begin attributing rudimentary mental states such as goals and desires. On this foundation they build sophisticated understandings of how percepts inform beliefs, which guide the agent to act on desires leading to positive or negative emotional states. These ‘mindreading’ abilities are unparalleled by any other species. Importantly, the system that picks out intentional agents from other objects and things does not require a human body or even a three-dimensional form to be activated. Indeed, even three- and four-year-olds commonly have invisible companions with which they interact and converse, a demonstration of how facile humans are with agent and mind-based reasoning even without the aid of physical bodies, facial expressions, and other material data from which to work. Gods, then, pose no special problems.

Further, and more importantly, when children reason about agents (seen or unseen), they appear to err on the side of over-attributing access to information or knowledge in many situations. That is, preschool-aged children tend to think others know what is true of the world (at least as the child knows it), can perceive what is really there (even under conditions of darkness or occlusion), and can remember things that the child cannot remember.  Indeed, research by Bradley Wigger and Nicola Knight suggests that these attributions of superhuman information access may be especially true of unseen agents, including gods and invisible companions. Further, research by Emily Burdett and others shows that the idea of a being that lives forever appears to be acquired earlier by children than the idea that humans will eventually die. The idea of a being that is god-like on these dimensions appears to be easier for preschoolers to reason about than a human being.

These observations speak to the readiness for children to conceptualize a God, but not the motivation for them to do so. Some of the most intriguing research concerning explanatory motivation comes from Deborah Kelemen’s research team. Kelemen has shown that children naturally interpret features of the natural world as having purpose. Animals, plants, and even rocks and rivers are the way they are for a function external to themselves, and that is why they are here. Kelemen has also shown that this perception of purpose or function is closely related to supposing that the natural thing in question was created by someone. Preschoolers know that function is best explained by an intentional being bringing it about. This link between perceived functionality and intentionality creates a conceptual space for a designer or creator: who did it? Contrary to what Jean Piaget argued in the early 20th century, children do not assume that humans account for the design they perceive. They recognize the need for someone(s) mightier. Enter a God.

Other scholars such as Scott Atran, Jesse Bering, Pascal Boyer, Stewart Guthrie, Robert McCauley, and Ilkka Pyysiainen have identified additional factors that may make belief in some kind of God relatively natural. Further, Ara Norenzayan and Dominic Johnson have each argued that belief in some kind of morally interested, watching deity may also be part of an adaptive gene-culture complex that then is selectively reinforced. Belief in a super observant moral police may make us more trustworthy and generous community members, leading to better fitness. Note that none of these scholars argue for the naturalness of theistic belief from any theological conviction. They recognize that the growing body of research in this area points to the typical human being naturally drawn to belief in something like a God by virtue of the way their minds develop in early childhood.


← Islam, Modern Science, and a glimpse of Methodological Naturalism
Why religion is not going away and science will not destroy it →