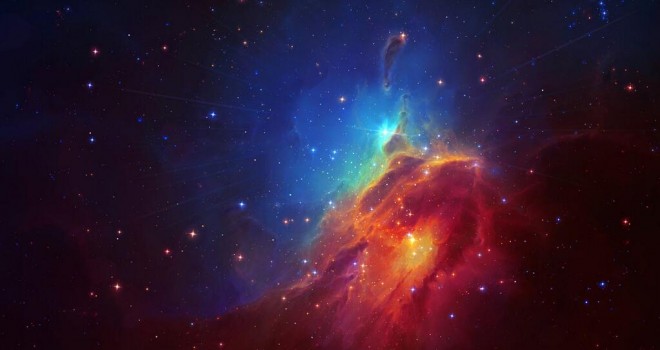 Islam and Science: Islamic perspectives on faith and reason 3/5

After the extension of the Islamic empire, during the Umayyad and Abbasid caliphates, the Islamic thought met Greek science and philosophy. At that time, it became necessary to define more accurately the place of rational knowledge in the religious pursuit, by marking the field that we can validly explore with our own reason. The great thinker al-Ghazali (1058—1111), known in the West as Algazel, examined the relation between science and philosophy on the one hand, religion on the other. As all his predecessors, he had the strong belief that there is only one truth, and that well-guided reason cannot be in contradiction with textual indications given by the Koran and Prophetic tradition. In his intellectual and spiritual autobiography “The Deliverer from Error” (al-Munqidh min al-dalâl), he enumerated the list of sciences practiced by Islamic philosophers (al-falâsafah) in the wake of Plato’s and Aristotle’s works. Among these sciences, “arithmetic, geometry and astronomy have no relationship whatsoever, positive or negative, with religious matters. They rather deal with issues submitted to proof, which cannot be refuted once they are known and understood.” However, al-Ghazali writes, there is a “double risk” in their practice. On the one hand, because these scientists are too proud with themselves, they often adventure beyond the field where reason can validly apply, and they make metaphysical or theological statements about God and religious issues that happen to contradict textual indications. On the other hand, the common believers, after seeing the excesses of these scientists, are led to reject all sciences indiscriminately. Al-Ghazali condemned “those who believe they defend Islam by rejecting the philosophical sciences”, and “actually cause much damage to it.” Now, providing there is only one Truth, how to deal with possible contradictions between science and Koranic verses? The situation is clear: Wherever science apparently contradicts textual indications, it is the fault of the scientists who surely have made errors in their scientific works, as far as they have been led to conclusions which are at odd with revealed truth. In his book “The Incoherence of the Philosophers” (Tahâfut al-falâsafah), al-Ghazali attempted to revisit the proofs given by philosophers, and to demonstrate logically and scientifically where their errors come from.

In his book “The Decisive Treatise which establishes the Connection between Religion and Wisdom” (Kitâb fasli-l-maqâl wa taqrîr ma bayna-sh-sharî’ah wa-l-hikmah mina-l-ittisâl), Ibn Rushd (1026–1098), known in the West as Averroes, examines again the issue addressed by al-Ghazali. Ibn Rushd was a judge (qâdî) and his text is indeed a juridical pronouncement (fatwa) to establish “whether the study of Philosophy and Logic is allowed by the revealed Law, or condemned by it, or prescribed, either as recommended or as mandatory.” Ibn Rushd quoted some of the many Koranic verses that prompt the reader to ponder upon Creation: “Will they not ponder upon the kingdom of the heavens and the earth, and all that God created?” As the enforcement of the revealed Law requires the use of the juridical syllogism (qiyâs shar’î ) in Islamic jurisprudence, knowing Creation and meditating upon it require the use of the rational syllogism (qiyâs ‘aqlî ), that is, the philosophers’ works. Now, Ibn Rushd wrote, “since this revelation [i.e. the Koran] is true and prompts to practicing rational examination (nazhar) which leads to the knowledge of truth, we Muslims know with certainty that rational examination will never contradict the teachings of the revealed text: because truth cannot contradict truth, but agrees with it and supports it.” As a consequence, Ibn Rushd explains that wherever the results of rational examination contradict the textual indications, this contradiction is only apparent and the text has to be submitted to allegorical interpretation (ta’wîl).

The Islamic world met modern science during the 19th century, as a double challenge, a material one and an intellectual one. The defense of the Ottoman empire in front of the military invasion brought by Western countries, and the success of colonization, have made the acquisition of Western technology necessary, and also of Western science which is the foundation of the latter. The West appears as the model of progress that has to be reached, or at least followed, by a constant effort of training engineers and technicians, and by transferring the technology that is required to develop third-world countries. But the encounter between Islam and modern science also gave birth to a reflection, and even a controversy, the nature of which is philosophical and doctrinal.

To cut a long story short, the Islamic world now has a great interest for science, but a lot of disagreement about what science is, or has to be, to be fully incorporated in Islamic societies by being made “Islamic”. For the modernist stream, “Islamic science” is only universal science practiced by scientists who happen to be Muslims. For the reconstruction stream, “Islamic science” has to be “rebuilt” from Islamic principles, in the prospect of the needs of Islamic societies. For the traditional stream, “Islamic science” is the ancient, symbolic science that has to be recovered, in a prospect that is more respectful of nature and of the spiritual pursuit of the scientists. The various streams of the contemporary Islamic thought show an intense activity on the relationship between science and religion. All of them have to identify pitfalls on their path. The main issue is that they are conceptions that are elaborated a priori, as mental representations of the activity of Muslim scientists, and may have little to do with the actual practice in laboratories. If I were to comment on these streams, I would say that each of them seizes, and emphasizes, a part of the situation. Yes, it is true that science, in its methods and philosophy, is largely universal, and the common property of the human kind. Yes, it is true that science cannot be decoupled from the society in which it develops, and that the way it is organized, the topics that are highlighted, the ethic that is practiced, are influenced by the worldview of the scientists. Yes, it is true that, even if science describes the material cosmos, the issue of meaning and purpose, and the inclusion of the scientific pursuit in a broader quest for knowledge, have to be considered by scientists who are believers.

As a matter of fact, most of the debates between science and religion in the Islamic perspective simply forget a fundamental starting point, that is, the nature of the knowledge brought forth by the Koranic revelation.  As it is explained already in the first verses that descended on Prophet Muhammad during the Night of Destiny, God speaks to the human to teach it what it does not know: “Read in the name of your Lord who created. He created the human from a clot of blood. Read, and your Lord is the most Bountiful, who taught the use of the pen, and taught the human that which he knew not.” The teachings of the Koran  primarily consist in highlighting the spiritual vocation of the human being, the purpose of creation, and the mysteries of the hereafter. They speak mostly of what to do to act righteously, and to hope to be saved. These teachings are proposed under the veils of myths and symbols. Here, we must give these words a strong meaning. Myths and symbols in holy texts are not simple allegories. The language of the muthos conveys meanings that cannot be expressed otherwise, that is, in the language of the logos, the language of articulated and clear demonstration. Myths, and symbols are just like fingers that point to realities that would be otherwise beyond our attention. They just call for the meaning they allude to, to knowledge that is obtained by an intuition in relationship and resonance with the contemplation of the symbols. In some sense, all ritual actions are like “symbols” that bring spiritual influence. With this view, it is possible to avoid a literalistic reading of the text, and to focus on spiritual realities. The verses on heavens do not speak of astronomy, but of the upper levels of being inhabited by intellectual realities, as much as the chronicles on the wars and struggles that the first Muslims had with the pagans do not speak of general rules for the relation of Muslims with non-Muslims, but of the symbols of the “greatest effort”, which is the struggle against our own passions that darken our souls.


← Islam & Science: The principles of Islamic faith 2/5
Islam and Science: Faith as a matrix for purpose 4/5 →