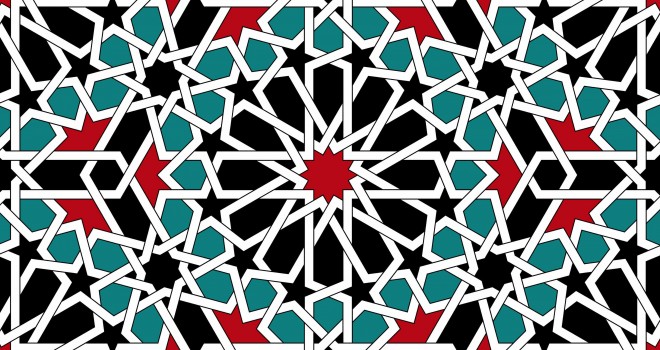 Is belief in evolution endangered?

Nidhal Guessoum, a Middle Eastern physics and astronomy professor, is among those who say critical thinking, freedom of thought and even human rights come under threat when hundreds of millions of people literally believe that God created the universe in “six days” and Adam from nothing.

Creationism, a religious world view that adamantly rejects Charles Darwin’s theory of evolution, is on the rise among evangelical Protestants and most of the world’s Muslims.

And it’s cause for concern. Social and political consequences are erupting from the resurgence of literal belief in the creation stories of the Bible and the Qur’an, says a specialist on evolutionary theory among the world’s 1.2 billion Muslims.

Nidhal Guessoum, a Middle Eastern physics and astronomy professor, is among those who say critical thinking, freedom of thought and even human rights come under threat when hundreds of millions of people literally believe that God created the universe in “six days” and Adam from nothing.

It is not only the majority of residents in Muslim countries such as Pakistan, Indonesia and Turkey who adamantly reject the teaching that humans and other species evolved over millions of years from less complex creatures.

So do tens of millions of evangelical Christians in North America. Christian creationist beliefs in a so-called “young earth” have been promoted, for instance, at Metro Vancouver’s largest Protestant congregation; more than 4,000 people show up each weekend at Burnaby’s Willingdon Church.

The problems with creationism were highlighted at a September conference, The Uses and Abuses of Biology, at Cambridge University in England, hosted by the Faraday Institute for Science and Religion. Speakers, including Canadians, documented the worldwide spread of various forms of creationism.

The Cambridge conference was not a gathering of religion-bashers. Many speakers maintained it’s not at all necessary for Christians or Muslims to believe in creationism to be authentic people of faith. There are noted Christian and Muslim theologies, speakers emphasized, that embrace evolution.

But such “evolutionary theists” are strongly resisted by leading Muslim figures. Guessoum lamented how powerful Muslim clerics in the Middle East — such as Harun Yayha, Safar Al-Hawali, Abdul Majid al-Zindani, Mahmoud Ashour and others — repeatedly warn that any Muslim who accepts Darwinian evolution is a dangerous heretic.

Overall, Guessoum, who teaches at the American University of Sharjah in the United Arab Emirates, estimates roughly 60 per cent of the world’s Muslims are creationists, including many living in the U.S. and Canada.

Even though poll results about evolution vary based on the questions asked, Salman Hameed reported in the journal Science that strong anti-evolution majorities exist in Turkey, Indonesia, Malaysia, Egypt and Pakistan. The latter is among Canada’s top six source countries for immigrants.

The ascendance of creationism among Muslims has occurred in part in reaction to 19th and 20th-century European and American colonialism, Guessoum said. Foreign occupation caused many Muslims to become more fundamentalist, as their way of saying, “’We don’t want to be like the West.’”

As a consequence, Guessoum said, most people fail to recognize that during Islam’s so-called Golden Age (roughly 650 to 1200 AD) Muslims were the world’s scientific leaders. He described how early Muslim thinkers, such as Ibn Khaldun, Ikhwan as-Safa, Al-Jahiz and the poet Rumi advanced evolutionary ideas long before Darwin did in the mid-1800s.

How is Muslim and evangelical Christian creationism playing out?

Coventry University scholar Fern Elsdon-Baker, supported by the Faraday Institute and the John Templeton Foundation, is beginning a multi-year study into that question in Britain and Canada.

A team of British and York University researchers are focusing on creationism beliefs among evangelical Christians and Muslims, the latter of whom view both the Bible and Qur’an as holy. (Creationism is not widely accepted among Roman Catholics, mainline Protestants, Jews, Hindus, Sikhs or Buddhists.)

What could this new team of researchers expect to find when they look at creationism among Canadian Muslims, who, as a result of immigration, now form the fastest-growing religion in Canada, with more than one million adherents?

Vancouver astrophysicist Redouane Al Fakir, who has a PhD from the University of B.C., is disappointed in the way many imams in Canada deal with issues such as creationism and evolution. “It can be a mess.”

Despite Al Fakir’s reluctance to detail internal problems in the country’s Muslim population, he finds a lack of critical scientific inquiry in some Metro Vancouver mosques, many of which have imams trained in religious schools outside Canada.

“The less-educated imams tend to be pro-creationist,” said Moroccan-raised Al Fakir. “The more educated are open to the scientific method in regards to the origins of the species.”

In North America, belief in creationism is by no means confined to Muslims. It’s predominant among U.S. evangelicals, who frequently call for it to be taught in secular schools. An Angus-Reid survey found 43 per cent of Americans accept the creationist teaching that the Earth is less than 10,000 years old, which means they reject the established scientific view the universe began roughly 13 billion years ago.

In contrast, Angus Reid pollsters have found just 16 per cent of Britons hold to creationism. Canadians’ acceptance of creationism falls in between the U.S. and Britain — at 24 per cent, a figure many find surprisingly high.

Queensland University professor Thomas Aechtner, who was educated in B.C., is beginning to research how the creationism-evolution “wars” are playing out around the world, including in North America.

He’s aware that numerous groups, such as the Creation Science Association of B.C., are teaching creationism in a host of Canadian evangelical churches. The organization’s website features a painting of a woman looking into the eyes of a small dinosaur, suggesting both existed at the same time.

It’s hard to discern what is being taught about creationism and evolution in evangelical and Muslim private schools in North America, even those that receive taxpayer money. Such religious schools are required to follow government science curricula, which mandate the teaching of evolution.

However, Guessoum says, many religious biology teachers have told him that though they discuss evolutionary theory in public and their classrooms, they hold more creationist beliefs “at home.”

While Guessoum doesn’t want people to panic, he is worried that Muslim leaders’ attacks on people who adhere to evolution have political consequences. Fundamentalist leaders who believe in creationism, he said, are also likely to oppose liberal values such as girls and boys learning together. Other studies show creationists tend to disapprove of such things as homosexuality, euthanasia, sex outside marriage and abortion.

Both Guessoum and Al Fakir l want creationists to realize that many Christian and Islamic thinkers, from Catholic paleontologist Pierre Teilhard de Chardin to Arabia’s Al-Jahiz, have long promoted evolutionary ideas as part of their theology.

And Quessoum would like more Muslims to read the Qur’an “holistically,” rather than in a piecemeal, literalistic way. For instance, even though it’s stated in the Bible and the Qur’an that God sits on a “throne,” Guessoum said no Muslim literally believes it.

In other words, even poorly educated Muslims know scriptural references to God’s throne are metaphors. So he encourages them to interpret more of the Bible and Qur’an as profound spiritual metaphors, including the stories of Adam and Eve and a six-day creation.

By Douglas Todd, published in The Vancouver Sun, October 3rd 2014.


← So, Who Did Discover America?
Arab Space Programs Slowly Coming of Age →