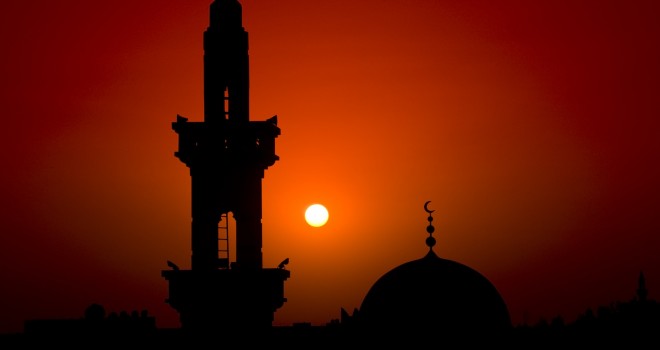 In Egypt, religious texts may be used as science references

In Egypt, a new decision by Mahmoud El-Nasr, the minister of education, may very well see schools teaching its students about the “scientific miracles in the Quran,” as part of official curricula that both public and private schools will have to commit to.

Many Muslims believe that the Quran is not merely the word of God but a religious scripture that also predicts or describes scientific phenomena and theories, among other things.  An example supporting this view is a verse in the Quran that says that God “has constructed the heavens with might” and is “steadily expanding it.” Proponents of the theory that the Quran foretells scientific discoveries say that this is line with the modern observation that the universe is expanding at an accelerating rate.

Now, these meditations on the text, as per the new ministerial resolution, may be taught as scientific “facts” in Egyptian schools – an issue that some might regard as perturbing at best.

“This is not how science is done; looking in the Quran diverts students from the tried-and-true scientific method, i.e. the need to observe nature, study phenomena, formulate hypotheses, draw conclusions and predictions, test the hypotheses through experiments and more observations,” comments Nidhal Guessoum, renowned Algerian astrophysicist, and author of Islam’s Quantum Question: Reconciling Muslim Tradition and Modern Science.”

So far, the harshest backlash in Egypt came from a few media personalities, and two political groups that advocate secularism and separating religion from politics. The new move by the minister is, in his words, part of “promised progress” in the research and education sphere, according to circulating press reports.

Guessoum, however, says that none of the many examples that have been advanced to proof that scientific prophecies are hidden within the religious text stand up to scrutiny; “on the contrary, they simply betray basic and serious misunderstandings of the relevant science on the part of the claimers.”

A Muslim himself, he opines that the Quran never tells Muslims to dissect (and bend) its verses in search of scientific knowledge; “on the contrary it tells us: ‘Travel in the earth and see how creation (was) started…’ and, ‘We shall show them our signs in the horizons and in themselves…’, and hundreds of verses that exhort Muslims to observe, think, contemplate, etc. – never to look for natural facts in the Book.”

The scientist believes that the Quran considers natural phenomena as signs that point to a higher intelligence and a purpose, “but that’s at the interpretation stage, not at the exploration/research stage. The science part is done through the usual research methodology, then the interpretation, or theology is done after that to draw meaning from what’s been discovered.”

“Why would the Quran carry 20th to 21st century science in particular?”

During a press conference at Zewail City for Science and Technology, this editor ran the question by Nobel Prize winner and the “father of femtochemistry” Ahmed Zewail, who was appointed by President Abdel-Fatah El-Sisi to a presidential advisory council, typically consulted on education among other things.

Zewail avoided outright criticism of the move by the ministry, clarifying that he doesn’t personally “see a collision between science and religion,” specifically a version of religion that is “forgiving” and “which understands what scientific development and what science application mean.” Still, he affirmed that in places like Zewail City, a hub for scientific research and knowledge, this “mixing” between religious concepts and science will not be present.

← Science And Religion: Where The Magisteria Overlap
Evolution of teaching in fast-changing world →