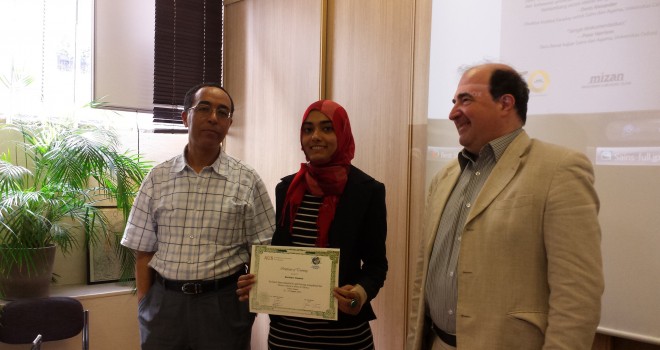 How to draw youngsters to science

Last week, after a long workshop on science, education and Islam, my friend Athar Osama asked me: “What will bring Muslim youngsters to science, as lifetime careers?” Dr Osama is a science policy expert and runs important projects on science in the Muslim world. Like me, he has come to the conclusion that the problem needs to be addressed in terms of education and at early stages.

Right away, I replied that I believe the Muslim world must bring out scientists as role models, people who will excite the youngsters and make them want to be like them. In the US, countless scientists today point to Carl Sagan and his eloquent Cosmos TV series of the 1970s as the moment they decided to pursue science in general and astronomy and space exploration in particular. In the UK, many biologists today will mention David Attenborough and his TV programmes as prime reasons for their love of nature and science. In France, oceanographer Jacques Cousteau and his mesmerising sea odysseys had that same effect on a whole generation. And astronomer Hubert Reeves, with his long white hair and his relaxed smiling face, continues to hypnotise viewers with simple and eloquent explanations of cosmic phenomena.

And today, a new generation of Sagans has emerged: In the UK, Brian Cox, with his rock-star looks, and in the US Neil deGrasse Tyson, with his walking and talking style resembling a rapper — both holding PhD’s in astrophysics — have achieved high celebrity status.

Eloquence is a key common denominator among these science spokespersons and communicators. In their programmes, they make science sound like a new form of poetry or a philosophy for this age. But another, equally important aspect of their TV appearances is the passion and awe that they show in their fields of discovery. Viewers thus realise that being a scientist can provide immense amounts of satisfaction and pleasure, closely resembling mystical experiences.

Osama responded that people may get interested but will quickly find out that scientists are not highly paid and youngsters will soon realise how hard the field is. Passion and awe do not always lead to successful science careers and certainly do not proportionately measure with salaries. I can only agree with this realistic assessment, but I believe that most people are only looking for good salaries, not necessarily very high, if (and that, in my view, is the real key) they can be guaranteed an interesting life and career. If youngsters can be shown the exciting challenges that scientists face, how they tackle them, how they collaborate with colleagues across the world, how they travel to interesting conferences, how they speak to reporters and audiences, etc., many — I believe — will see that as an enticing prospect.

I do not want to disclose the idea that Osama had, as he may still want to pursue it despite my (gentle) critique of it, but suffice it to say that in any approach we adopt to the issue of attracting youngsters to science, we must keep in mind the new world we live in: Fast-paced, short-spanned activities, digital and constantly connected.

Thus, I suggested to my friend that two things could/should be done: A) Bring out a charismatic scientist in his/her 30s or so and have him/her present science as a life package. B) Produce a series of five-minute videos on a number of scientists (junior and senior), each showing an interesting aspect of their life and career. (We now live in a YouTube and TED world, we must keep in mind.)

But in doing all that, we must also make sure that science is presented as loads of hard work. As studies have shown, students often report that “they didn’t know it was this hard”. The old “science is fun” campaigns, which are still carried on by well-meaning science educators, can be misleading and counter-productive.

And just to try to cover all bases, I must note that there are other important factors that can be instrumental in a youngster’s decision to go into science fields. In particular, the roles and effects of parents and early teachers can be crucial. Also, fascinating TV programmes (the CSI shows in the US led to a quick and large increase in students wanting to pursue forensic science) and mind-expanding books and movies (yes, science fiction can still mesmerise and inspire) do often have a strong impact on young minds.

We science educators must ally ourselves with media communicators to devise new strategies to attract youngsters to science. In doing so, we must be up to date in each aspect of the challenge: Our science must be current (the latest planets that have been found, the most recent genetic advances that have been made, how “big data” has opened up new vistas for science and society, etc.). Our educational strategies must be fully informed of the latest pedagogic research and our communication tools must be sharp and capable of making an impact.

The state of science in any society says quite a lot about where that society will be in a few decades. That has been true in the past. It is even truer today. Let us prepare for tomorrow.

Nidhal Guessoum is a professor of physics and astronomy at the American University of  Sharjah. You can follow him on Twitter at: www.twitter.com/@NidhalGuessoum.