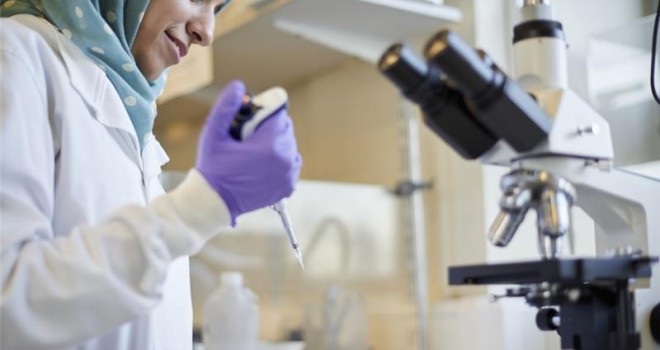 Does the Muslim world need a scientific renaissance?

There are more than a billion Muslims in the world today. The economies of Muslim countries – like Saudi Arabia and the Gulf States, Iran, Turkey, Egypt, Morocco, Malaysia and Pakistan – have been growing steadily for a number of years.

And yet, when compared to the West, the Islamic world often seems disengaged from modern science.

One of the reasons is that many Muslims still see science as a secular, even atheist, Western construct.

But we shouldn’t be too hasty in singling out Muslims for criticism. Even in the so-called ‘enlightened’ developed world, an alarmingly large fraction of the populace regards science with suspicion, and even fear.

The plain truth, however, is that science is playing an increasingly important role in our lives – in technology, medical advances and addressing global problems, such as climate change and water, food and energy supplies.

Of course, there was once a time when Islam and science were not at odds. But many Muslims have forgotten the wonderful contributions made by their ancestors.

Could reminding them help inspire the change we need in our time and allow science to flourish once again in the Muslim world?

One example of hope can be found in the Jordanian desert. SESAME will be the Middle East’s first major international research centre. Standing for ‘Synchrotron-light for Experimental Science and Applications in the Middle East’, it is a cooperative venture by scientists and governments across the region.

Synchrotron radiation is a form of high energy light emitted by electrically charged subatomic particles when they are accelerated in a magnetic field. A number of synchrotron facilities have been built around the world and are being used for cutting edge research.

When, in 1997, Germany decided to decommission its synchrotron research facility, BESSY, it agreed to donate its components to the SESAME project, which was quickly developed under the auspices of UNESCO. It is now under construction.

The research to be carried out there will include material science, molecular biology, nanotechnology, x-ray imaging, archaeological analysis and clinical medical applications.

Its current membership, along with the hosts, Jordan, includes the Palestinian Authority, Israel, Egypt, Turkey, Iran, Pakistan, Bahrain and Cyprus, and this group is likely to expand as several other countries join.

The result is a degree of scientific collaboration that has not been seen in this part of the world for a millennium.

One thousand years ago, the Islamic empire witnessed one of the greatest periods of sustained scientific advancement in history. In the medieval world’s great centres of learning – places like Baghdad, Cairo, Cordoba and Samarkand – discoveries were made, ideas nurtured and methods developed.

In Baghdad, for example, we find the very first book on algebra. Called Kitab al-Jabr (from which we derive the word ‘algebra’), it was written by the 9th century Persian mathematician, Al-Khwarizmi, and signified a significant paradigm shift from the work of the Ancient Greeks.

Also in the 9th century, the Abbasid caliph Al-Ma’mun created a new academy in Baghdad, called the House of Wisdom, and built observatories there and in Damascus. He sponsored science projects that made vast improvements in the fields of astronomy and geography, and which the Muslim, Christian and Jewish scholars of the Baghdad academy had translated into Arabic.

Advances in medicine and anatomy also saw Arabic texts replace the works of Galen and Hippocrates in the libraries of medieval Europe. While the philosophers Ibn Sina and Ibn Rushd influenced later European scholars, such as Roger Bacon and St Thomas Aquinas.

The Cordoban physician Al-Zahrawi invented more than 200 surgical instruments – many of which, like forceps and the surgical syringe, are still in use today.

Then there was the birth of industrial chemistry, with sophisticated scientific methods replacing the haphazard practice of alchemy, and advances in fields such as optics that would not be matched until Newton.

For a period spanning more than half a millennium, the international language of science was Arabic. And yet, all of these great achievements have been largely forgotten.

So, could a scientific renaissance be rekindled in the Islamic world?

Clearly, bigger budgets are not by themselves a panacea. Of course scientific research requires adequate financial resources, but to compete on the world stage needs more than just the latest, shiniest equipment.

The whole infrastructure of the research environment needs to be addressed – from laboratory technicians who understand how to use and maintain their equipment to the exercise of real intellectual freedom and a healthy degree of scepticism and courage in order to question experimental results. Such sentiments were found in abundance in Baghdad’s House of Wisdom.

A fresh cultural and philosophical attitude must grow and spread if wider Muslim society is to embrace not only the bricks and mortar of modern research labs, along with the shiny particle accelerators and electron microscopes they house, but the spirit of curiosity that drives human beings to study nature, whether to marvel at divine creation or simply to understand how and why things are the way they are.


← Humanist vs Islamic perspectives on science and the modern world
Islam and Science: The Next Phase of the Debates – by Nidhal Guessoum →