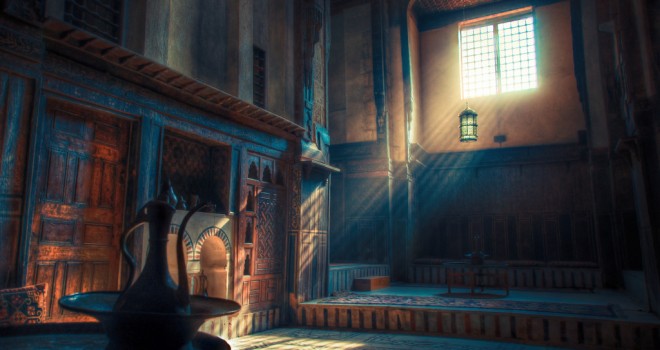 Efforts have recently been made to increase awareness regarding depression and suicide in Saudi Arabia. Nawal Al-Hawsawi, a counseling psychologist, arranged a Twitter conference last month in order to discuss the causes and symptoms of depression in addition to dedicating a hashtag in Arabic, which translates as “You are not alone!, to support people with suicidal tendencies.
In this conference, Sheikh Suleiman Al-Tarify, a cleric in the Saudi Ministry of Islamic Affairs, stated that it is wrong to assume that suicide attempts result from lack of faith. He said that those who are suicidal should get the appropriate psychological and medical treatment in addition to being guided spiritually. Although this statement is not widely accepted, it can still be considered a huge leap forward in understanding depression and people with suicidal tendencies.
Until recently, it was a taboo to talk about suicide in Saudi Arabia as well as in many Islamic countries because many people assumed that we as “righteous” Muslims do not commit suicide and if someone did, he was deemed to be an apostate regardless of his mental condition. Depression, which is one of the leading causes of suicide, was and still is judged by some people as the first sign of weakness in character and faith in God. The paradox is that some of those who condemn suicide victims condone suicide attacks as if killing others is justifiable while being depressed to the point of suicide is a sign of “cowardice” that deserves condemnation!
Ironically, the population of the Middle East and North Africa has one of the highest rates of clinical depression around the world along with some countries in Sub-Saharan Africa and Eastern Europe. These were the results of a study conducted last year at Australia’s University of Queensland and published in PLOS Medicine journal. By using preexisting data, researchers found that most developed countries actually have lower rates of depression than most developing countries. Unsurprisingly, Afghanistan and Palestine have recorded the highest depression rates worldwide.
In this case, depression is not meant to be the “blues” that almost everyone experiences at some point in their life as a result of going through difficult times or after the death of a loved one. The depression rate studied in the research mentioned earlier is “clinical depression”, which according to the World Health Organization is “a mental disorder, characterized by sadness, loss of interest or pleasure, feelings of guilt or low self-worth, disturbed sleep or appetite, feelings of tiredness, and poor concentration”. It occurs as a result of decreased levels of two chemicals in the brain and is caused by genetic predisposition, social factors, physical illness or age. Accordingly, high depression rates in the study have little to do with faith and more with social injustice, political conflicts and the horrors of war.
Fortunately, most patients who receive proper psychological and medical treatment recover from depression. In addition, just as chemicals in the brain can affect a person’s attitude toward life, positive reinforcement and faith can be a significant factor in improving the chances of recovery for people who suffer from depression and get the proper treatment. According to research conducted at Wayne State University, there is a positive correlation between patients’ faith and improved emotional and physical rehabilitation outcomes. Believing in a benevolent, loving higher power is a source of power to those who feel completely hopeless and helpless.
Also, religious scriptures can provide consolation to many people who read them. For Muslims, the Holy Qur’an contains many versus and stories, such as the story of Yusuf (peace be upon him), which could be a source of hope and an inspiration to triumph after suffering from great oppression. This cannot happen though if people feel condemned and rejected by their faith because in that case religion could contribute to a further worsening of their condition.
The least we can do is to recognize depression as an illness and to sympathize with those who suffer from it in order to help them get better and hopefully not to be suicidal. September 10 was World Suicide Prevention Day and for once everyone’s goal is to prevent suicide. However, it cannot be achieved through intimidation and narrow-mindedness, but rather it should be achieved by providing unconditional support and love, so we are better able to help those who are silently suffering. In this way, we can help in creating a more sympathetic environment where patients can seek psychological and medical treatment without feeling ashamed or stigmatized.