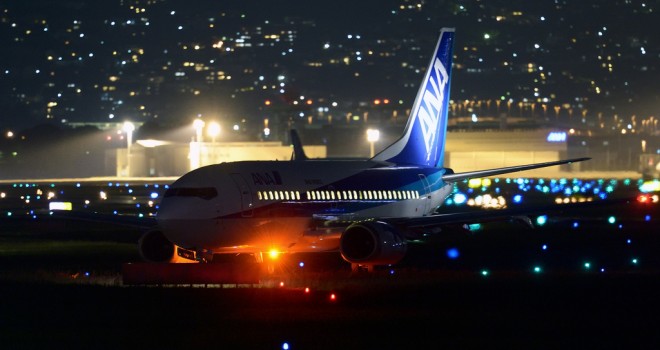 A couple of weeks ago, three aircraft accidents occurred within eight days, resulting in the loss of 462 lives. Was this just a one-off tragic coincidence? Was there something more to it? How often can such a cluster of accidents be expected to occur, based on data and statistics? And most importantly, should we do anything about this?

In no time, Twitter, Facebook, and internet forums exploded with fears and concerns. Many people asked whether they should cancel their next flight “until things become clearer”. Others asked which airlines are safest and which are more likely to have accidents.

The poor Malaysian Airlines could not have had a worse year, after the disappearance of Flight MH 370 last March and the shooting down of Flight MH 17 over Ukraine on July 17. But we must stress that plane accidents vary widely in terms of causes and characteristics; indeed, MH 17 was shot down by a missile over a war zone, MH 370 disappeared for yet-unknown reasons, and the other two July accidents (the Taiwan Transasia Airways and the Air Algerie ones) were due to weather conditions.

But many people react irrationally to such accidents. For instance, during the weeks following 9/11, tens of thousands of people chose driving over flying, which resulted in 1,000 more deaths than usual, as car accidents produce many more fatalities than plane crashes…

But partly because people are not educated in these probabilities and partly because of the psychological differences between driving and taking a flight, there has developed a fear of flying, an anxiety disorder called “aviophobia”, which affects 1 in 10 people. (I was surprised by this figure, but I have no way of estimating it independently.) This phobia appears to be due to some childhood experience (a bad flight, a close relative’s retelling of a tense flight, a visually impressive TV report, a scary movie, etc.), developing into an anxiety in early adulthood.

Psychologists have related the fear of flying to stress management difficulties, as well as personality and behavioural issues. The question of “control” is most often mentioned; indeed, when driving, one feels “in control”, which leads one to underestimate the risks, whereas on a plane, being strapped to a seat, having no control on the machine, and seeing very little if anything of the route and the moves being made (by the pilot), one tends to unconsciously overestimate the dangers. One of the most famous fear-of-flying cases is the Dutch football player Dennis Bergkamp, who was humorously nicknamed “the Non-Flying Dutchman”, taking trains between cities to take part in his team’s games, sometimes missing important ones when the distances were too large to thus cover in a short time.

But what are the probabilities of plane crashes and particularly of clusters of plane accidents?

Aircraft technologies and stricter airline regulations (regular technical checkups, etc.) have led to great improvements in flight safety records. There were 35 accidents in 1968-69; 34 in 1972-73, but an average of 9 per year between 2004 and 2013, out of roughly 30 million flights a year nowadays. Some years and months are better than others, however: in 1985, there were 27 crashes, which resulted in over 2,500 deaths, a staggering figure. In 1966, there were two crashes within 24 hours at Tokyo’s Haneda airport. Such is the nature of random, unpredictable events: while they do spread out evenly over long times and large spaces, several events can and do occur in groups here or there over some short periods.

But to reassure everyone, I should mention that 2013 was actually the safest ever: 210 deaths out of 3 billion passengers, a very low ratio (though every loss of life is a tragedy). And while 2014 is already a bad year (with over 500 deaths recorded so far), the period from April to June 2013 saw zero fatal accidents involving commercial flights. Then, suddenly, three in a row!

So how rare is the occurrence of 3 plane accidents within 8 days? David Spiegelhalter, Professor for the Public Understanding of Risk at Cambridge University, has estimated the odds of getting at least 3 crashes over 8 days at about 1 in 1000, or equivalently a probability of 60 percent over ten years. Not so rare after all!

Still, readers may ask, can anything be done at all to minimize the risks? At the airline level, frequent and stringent controls and check-ups are a must, and indeed a recent analysis by Nate Silver has shown some airlines to have a better safety records (all things considered) than others. At the passenger level, one must first relax with the knowledge that flights are extremely safe (compared to many other things in life), but if one insists on taking precautions, then seats at the back of the plane and closer to exist doors are safer, and tightly attached seat belts and paying good attention to safety directives do help improve one’s chances of survival in crashes. Most importantly, however, keeping positive and acting and reacting calmly are very important in all cases.

Learning about plane operations and regulations as well as statistics and probabilities help us all make the right decisions before and after accidents. Irrationality can only be remedied by more education.