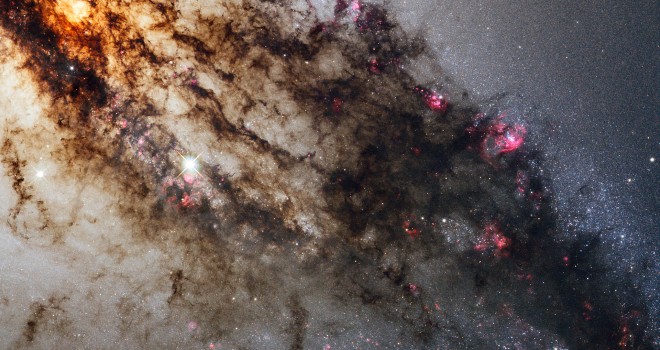 Why Should Scientists Care About Religion?

As a Muslim scientist, I spend much time and expand much effort trying to convince Muslims and other believers to take modern science seriously, with all its methodology and results – and its limits.

The reverse exercise, to try to convince scientists and other educated people that religion should be taken seriously, is much more difficult, for several reasons. First, there is an intrinsic asymmetry in the relationship: science, in addition to being a methodology and a discovery process, is able to ascertain a vast array of results and present whole swaths of established knowledge. Today, no one can doubt that matter is made of atoms and particles, that life evolved and produced a vast tree of species, or that the universe has expanded from a singularity and is today made up of hundreds of billions of galaxies, each made up of hundreds of billions of stars, many/most of which have planets around them, etc.

On the other hand, “religion” (I’ll get to definitions shortly), while having developed branches of knowledge, with methodologies and references, cannot claim to present realms of established knowledge. Still, “religion,” in some forms and from some perspectives, can present an ensemble of highly respectable and beneficial ideas that even hardline scientists can appreciate and find useful, for humanity if not for themselves.

In attempting to explore this issue, a problem of definitional clarity presents itself right away. If the concept of “science” is more or less understood, at least by well-educated people, the notion of “religion” is far from evident and agreed upon. To make things clear, I’ll define science as a rigorous and systematic process of discovery about the world (in all its fields and features, physical, biological, psychological, etc.), a process which is able to ascertain its results through confirmatory procedures (which involve testing, peer reviewing, etc.). Modern science is not a foolproof process, but it is as close to a robust system for reaching factual and objective knowledge (independent of the subject) as we have been able to construct.

In attempting to define “religion,” however, one must distinguish “faith”, “spirituality”, and “religion.” “Faith” is the belief in something or some things (a creator, a divine force, a spirit, life after death, revelation, etc.) without being able to prove that in any objective way. (“I had a vivid, personal experience” is wholly subjective.) “Spirituality” is a feeling that there is some activity within us that is not purely material or at least happens at a higher plane than our simple bio-psychological phenomena. “Religion” relates to an organized system of beliefs (theology), practices (rules and rituals), and relations, at both individual and communal levels (church, community, society, etc.).

Recently, social scientists such as Elaine Ecklund have highlighted the importance of differentiating between “spirituality” and “religion;” indeed, Ecklund has found that among academic atheists, 22 percent describe themselves as “spiritual;” it has also been reported that 10 percent of Danish atheists call themselves “religious.” To understand “spiritual atheists,” one must keep in mind that “spiritual” for many scientists and academics refers to a feeling of awe, wonder, and mystery about the world and about all of existence. And to make sense of “religious atheists,” one must recall that some religions (e.g. Buddhism) do not have God or theism as part of their belief systems…

This brings me to the concept of “religion.” The history of western religions, particularly Christianity and Islam, have produced an image of irrational beliefs, rigid dogmas, tough rules, authoritarian systems, and sometimes rejection of scientific facts, whereby one cannot question, much less deviate from, the views of the high clergy or the statements found in the holy books.

But scientists, academics, and discerning people must not confine their ideas to such simplistic and cartoonish views of religion. Most religions, western and eastern, have developed rather advanced and sophisticated theologies. And that is what all of us, believers and non-believers, must encourage and deal with: refined, “cultivated” religion.

In my view, all religions must evolve, now much more than in the past, due to the fast advancement of human thought and knowledge. Some religions, or branches of them, have already presented very attractive, “updated” theologies, what are sometimes referred to as “liberal theologies.” One of the first criteria, or even litmus tests, for such “updated” theologies is their degree of compatibility with modern science, a sine qua non condition.

Now, assuming that one is dealing with such an advanced, open-minded, open-ended, and “updated” theology or religion, should scientists take it seriously? What is there to gain in doing so; wouldn’t science and liberalism be sufficient for the progress of humanity?

Recently, more and more, science and its practitioners have sought to claim as large and unbounded a space of investigation and explanation as possible, including all human life and society. This is generally labeled as “scientism” (often considered a rather pejorative term). This tendency is partly due to the propensity of human societies, despite modern critiques, to place scientists on a pedestal, thereby implying that they possess deeper understandings of the whole world and thus should be entrusted with all our issues to address.

But even scientists with this kind of imperialistic proclivity know that our view of the world (nature, human life, society) cannot be limited to the scientific perspective. Indeed, art has always existed and no one has sought to get rid of it simply because a rainbow can easily be explained by physics or a music tune can be recorded as 0’s and 1’s. Likewise, philosophy is not about to disappear even as some of its topics of old have been taken over by science. Similarly, religion addresses a dimension of human life and thought that can rarely be illuminated by science.

When we ask “believers” (very widely, as their “beliefs” span a huge spectrum) what religion brings to them, we usually hear the following: a personal purpose and meaning to one’s life, a perspective on things, a sense of identity, an emphasis on love as the most important factor in life, a communal bonding and support, moral guidance and compass, and a greater ability to cope with death and disasters.

From believing scientists, we also hear ideas such as “a unified worldview,” whereby the universe “makes more sense.” As I mentioned above, the feelings of awe, wonder, and mystery are also shared by “spiritual atheists;” however, what believers find in religion is a harmonious explanation for all of existence, with its physical and metaphysical dimensions, mental, spiritual, relational, and communal. And it unifies the ideas of life and death.

The universe is mysterious and perplexing, and while one must not fill our inability to comprehend some aspects of it by postulating ad hoc beliefs, it is still a reasonable approach to consider some worldview that is able to not just give meaning to the phenomena that one observes (unimaginable vastness, layers upon layers of complexity, staggeringly intricate effects stemming from a handful of simple laws or principles) with the rest of human life and history.
Many religious academics and scientists have also indicated that their beliefs help them deal with the question of what it means to be human. Again, due to the large spectrum of beliefs that people hold, “what it means to be human” can range from “being in the image of God” to “having a spirit” or even just “a higher level of consciousness.” In any case, one can see that such personal beliefs, whether constructed for oneself or taken from the teachings of one’s religion, can be helpful in this matter.

Moreover, a number of religious scientists have stressed that their beliefs provide them with stronger ethical principles in their lives in general as well as in their scientific practice. The question of ethics in science is a vast issue that has been discussed at length by a variety of thinkers and organizations, but what higher principle must be set in order to derive ethical regulations and standards has never been obvious. And so here as in the question of humanness, believers state that their religiosity constitutes a frame of reference and a set of guiding principles to help them derive rules of practice.

To conclude, science, at least in the parts that one must regard as established, must be accepted and upheld by all, believers and non-believers, particularly educated persons. Faith, spirituality, and religion, on the other hand, are optional sets of ideas that one may choose to carry or not, in one version or another. However, educated and discerning people in particular, must strive to make faith, spirituality, and religion, as sophisticated, open, and updated as possible. Once the above two caveats are effected, science and religion can have much to bring to one another and to humanity.

At the very least, non-believing scientists – and science in general – stand to gain by understanding the religious public in order to better communicate their work and their findings, something that we all must strive to achieve, for the betterment of humanity.

It may be obvious that we cannot ignore science, with its methods and results. But it would also be beneficial to humanity if science and scientists not only refrained from trying to erase all that religion can provide and insisting on purely rational behaviors but also gleaned some of the positive contributions that it can make to humanity. There is more to the world than science can see…