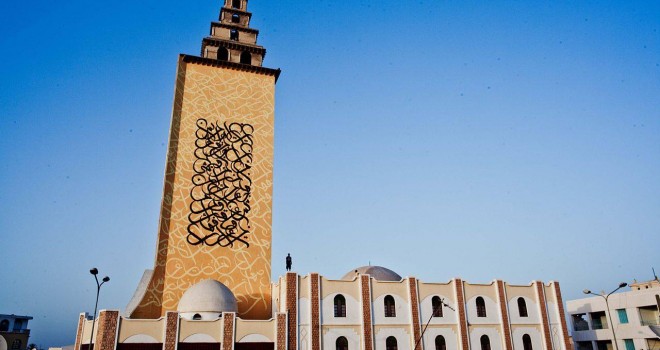 Why Muslims should not fear science

A new trend has developed and grown fast in the Arab world: People rejecting basic scientific knowledge on the grounds that it comes from the West (which “cannot be trusted”) or that it opposes what Islam or the Qur’an says. Even the facts that Earth is spherical, that it revolves around the Sun (and not the other way around), and that our planet and our universe are very old (billions of years) are now rejected by thousands, if not millions, of Arabs and Muslims.
That Earth is spherical has been known for at least 2,500 years. During the golden age of Arab-Islamic civilization, no Muslim with any good education believed that Earth was flat. In fact, Al-Biruni (about 1,000 years ago) measured the circumference of the Earth with an accuracy of 99.7 percent compared to today’s accepted value. And while Arab/Muslim astronomers did not propose a Sun-centered model and continued to believe that all objects in the heavens revolved around the Earth, science historians today debate to what extent they were close to a Sun-centered world, and probably influenced the European astronomers who ultimately determined that the Sun was the center and not the Earth.
Science has continued to reveal an amazing universe, surprising and quite different from what our intuitions tell us and what our grandparents and old teachers believed and passed on to children. For one thing, the universe is huge: It comprises trillions of galaxies, each containing hundreds of billions of stars, most of these have planets swirling around them, and Earth is only one such planet. If we imagine the Sun to be the size of a room, Earth would have to be the size of a ping-pong ball, and the universe would be 1 million billion kilometers wide! Conversely, if we imagine the universe having the size of Earth, our planet would be like an atomic nucleus, that is 100,000 times smaller than an atom, which is 100,000 times smaller than a living cell, which is 100,000 times smaller than a human being!
We also used to think that humans, Earth, and the universe were created relatively recently, only thousands of years ago. We now know that the Universe was created 13.8 billion years ago, Earth and the Sun and the rest of the solar system formed (were created gradually) about 4.6 billion years ago, and that humans (as we know them today) appeared only about 200,000 years ago. If we represent the history of the universe in just one year (Creation on Jan. 1), then Earth and the solar system formed on Sept. 1, and humans appeared on Dec. 31 at 11:52 p.m.!

It may reveal a different world from what Islamic culture has traditionally taught, but it will not destroy religious faith; on the contrary.

And over the past few years, discoveries of “exoplanets” (planets around other stars, outside our solar system) have indicated that there must be some 10 billion earths — in our galaxy alone. So far we have not found any planets that are really similar to Earth (with moderate temperature and atmosphere, liquid water, etc.), much less find any form of life (plants or even bacteria) anywhere, but it is widely believed that other earths exist and will soon be found, and perhaps life, at least of the primitive form.
One can give many such examples to describe how big our universe is, how many planets and stars and galaxies it contains, and how young we are compared to everything. So one might conclude that science tells us that we are insignificant in this humongous universe. And that may lead to a rejection of science and to anti-modern and anti-rational attitudes and world views.
But that is not the full story, and such a conclusion would be too hasty. Indeed, there are other facts that science has revealed that tell us that the universe and our existence in it are both quite remarkable. Let me give a few examples.
While in size Earth and humans are extremely small, life is extremely rare in the universe, and we may be the only intelligent and conscious species in our galaxy. Indeed, recent discoveries have shown that normal matter (of which we and Earth and other objects are made) constitutes only 5 percent of the universe, the rest being “dark matter” or “dark energy.” We now also know that the Universe is fine tuned for life, intelligence and consciousness; if the universe’s building bricks (particles and such), features (speed of light, strength of gravity, etc.), and laws were slightly different from what they are, not only would we not be here, there would be no planets or stars, and no cells or living organisms, primitive or intelligent! We now also understand why the universe is huge and could not be much smaller: The universe could only produce us after billions of years, during which time it had to expand (from the Big Bang) to its current size. A much smaller universe could not contain any intelligent life.
What we learn from these discoveries is: First, that the universe is more amazing than we can imagine, and this for Muslims and believers only glorifies God; second, that while we must not think of ourselves as “central” in the universe, we (and life in general) are important.
Muslims should not fear science. It may reveal a different world from what Islamic culture has traditionally taught, but it will not destroy religious faith; on the contrary. In fact, the Qur’an urges us to explore and discover without bounds: “Say: Travel through the earth and see how Allah originated creation; so will Allah produce a later creation; for Allah has power over all things.” (29:20)
Muslims must also not be reluctant to update their knowledge and renew their world view. Science and reason are wonderful gifts that we have been endowed with; let us use them fully and confidently. The Arab world’s glorious history has shown that its religion, culture and civilization can beautifully embrace science and all true knowledge from wherever it may come.

Nidhal Guessoum is a professor of physics and astronomy at the American University of Sharjah, UAE.