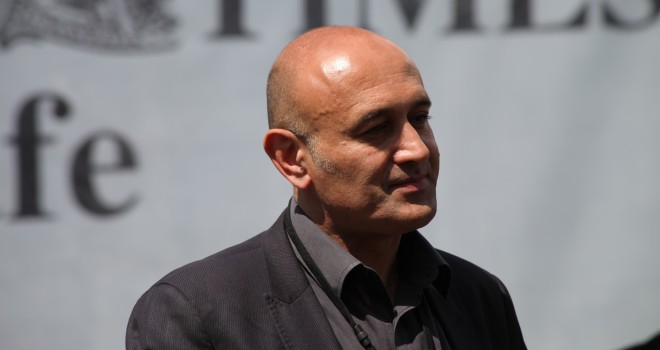 Where Science Is Going?

By the final decade of the 19th century, many of the world’s leading physicists were brimming with self-congratulatory confidence, convinced that scientific knowledge was truly nearing completion, that the workings of nature had been revealed in all their glory. The laws of mechanics, thermodynamics and electromagnetism could explain all phenomena in the physical world, and it was just a matter of dotting the i’s and crossing the t’s. But within the space of a decade, between 1895 and 1905, along came the discovery of X-rays, radioactivity, quantum theory and Einsteinian relativity, and physics was turned on its head.

A century later we are at it again. Stephen Hawking has gone on record saying that we are approaching a “theory of everything” — a set of mathematical equations that explain the underlying structure of the entire universe. How bleakly depressing.

Thankfully — because I would be out of a job if it were true, but also because it would be profoundly uninteresting — we are very far from having all the answers to all the questions.

So what does 21st-century science have in store for us? And more important, are we seven billion (and rising) humans jostling for position on the surface of this planet prepared for what’s to come?

A major development is likely to be the continuing rise of international scientific collaborations. They are already bigger and more international than ever. From the work of the Intergovernmental Panel on Climate Change to the mapping of the human genome, from the International Space Station to the discovery of the Higgs boson at the Large Hadron Collider, it seems nothing can stand in the way of such glittering scientific juggernauts. Indeed, many of these projects have become so grand and costly that no one nation can shoulder the entire burden of running them.

Are such scientific research projects destined to get ever bigger and more costly? And are they likely to become ever more remote and beyond the control of the average taxpayer and voter?

In a sense, given that such science can at times seem like a vast, mysterious, unaccountable operation, you cannot be too surprised that those who feel disengaged or threatened by science are drawn to conspiracy theories, becoming skeptical of the increasingly dire warnings of climatologists, suspicious of the motives of multinational pharmaceuticals (O.K., that one I sympathize with) or attracted to alternative, pseudoscientific health remedies. This is why it is vital that the scientific community work more closely with the politicians and policy makers who can provide oversight and publicly clarify and promote the rationale behind each endeavor.

It is unlikely that large pharmaceuticals, biotech companies, energy providers and defense contractors are going to feel a moral obligation to “come clean” and become open about the research they conduct. But I am a “glass half full” kind of person, and I would argue that the vision of science as a conspiratorial or self-interested enterprise is not only unnecessarily gloomy, but also not representative of the views of most people in the world. As a humanist, I tend to have faith in humankind’s capacity to make the right choices, and in my fellow scientists’ ability to eventually solve the world’s problems with a deeper understanding of the universe and our place in it and with the technological applications of this knowledge.

Of course, my optimism and confidence may have much to do with being based in Britain, where science is riding high on a wave of popularity at the moment, including in undergraduate science programs. Britain is now a world leader in science communication — thanks, in part, even to imports like the American sitcom “The Big Bang Theory.” Science documentaries regularly draw millions of viewers, popular science writing in print and online is thriving, and science festivals are popping up in seemingly every city and town, attracting tens of thousands of visitors.

But this is not true everywhere. Attitudes toward science and scientific research vary widely around the world, often depending on the specific issue in question.

For example, while in the United States laws and regulations concerning human embryonic stem-cell research differ from state to state, often amid strong opposition from the religious right, there are no such misgivings in Iran, where the prevailing belief is that “ensoulment” of the fetus does not occur until the end of the fourth month of pregnancy. Another example is the contrasting public opinion on nuclear power between France (pro) and Germany (against).

Many challenges lie ahead. While popularizers and communicators of science like myself seek to capture the imagination of the public with exciting discoveries of new subatomic particles or distant planets, we must not lose sight of the real problems facing the world today that science can help address — from religious extremism and population growth to the security nexus of energy, food and water supplies. And despite the misgivings of the skeptics who remain unconvinced of the fact of anthropogenic climate change, there is no longer any denying the worrying transformation of our planet that is taking place, for which ambitious global geo-engineering solutions may need to be found.

Whatever lies in store, we can be sure that the future will look very different from anything we can imagine today.

The Internet will continue to evolve, and new “smart” materials based on graphene or nanotechnology or synthetic biology will transform our daily lives. Whether or not we will have eradicated diseases like cancer within my lifetime I cannot say. For all its success, one thing science cannot do is allow us to see the future.

Jim Al-Khalili, a professor of theoretical physics at the University of Surrey, is a frequent host of science programs on BBC television and radio.