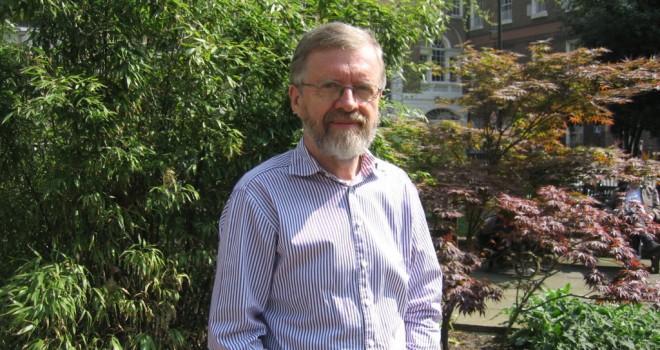 What really holds back Islamic science?

Conservative traditions, rather than religious belief, seem to be the main barrier to modern science in Muslim countries, says David Dickson.
Earlier this month, I visited Jordan to participate in a workshop at the country’s Hashemite University on a topic that generates heated debate in much of the Muslim world, and increasingly in the West: the relationship between Islamic thought and modern science.
I came away from the workshop optimistic that it is a topic on which a productive dialogue can take place — despite the extreme views that are often reported on either side, such as on the highly contested area of Darwinian evolution.

The good news is that there seems to be growing recognition that there is no great conflict between the two intellectual traditions. As a result, there is nothing to prevent Islamic countries, at least in principle, from adopting development strategies based on science as it is understood and carried out in the West.
As was frequently pointed out during the workshop, the Quran itself encourages a spirit of rational inquiry into the way that the natural world operates.
Indeed, a growing body of historical evidence shows that the ideas of early Muslim scientists, working from within the Islamic faith, played an essential role in creating the bedrock on which the scientific revolution of the 17th century — often portrayed (wrongly) as an entirely Western achievement — was later constructed.
Some of the better known names are the physician Ibn Sina — known by his Latinised name Avicenna — and the polymath, Ibn Rushd (Averroës).
As someone who studied mathematics, I have a special interest in the work of al-Khwarizmi, the Persian mathematician, astronomer and geographer. Al-Khwarizmi was regarded in Renaissance Europe as the original inventor of algebra, and his work on Indian numbers introduced the decimal system to the West.
Why are the lives and work of scientists such as Avicenna and al-Khwarizmi relevant today? Three answers emerged during discussions at the Jordan workshop.

First, they show that the scientific revolution was not an entirely Western affair, but a cultural and intellectual event for which Muslim thinkers and philosophers can take substantial credit. So modern science should not be rejected as a foreign import.
Second, the fact that such scientists flourished within an Islamic culture, and in particular within a culture that accepted the Quran as a way of looking at the world, supports the view that there is no fundamental conflict between this culture and a modern, scientific world-view.
Indeed research using embryonic stem cells, for example — banned from receiving public support in the United States — is considered acceptable in Jordan, as in many other Islamic countries, provided that it is carried out for medical purposes.
Nidhal Guessoum, professor of physics and astronomy at the American University of Sharjah in the United Arab Emirates, and one of the workshop’s organisers, laments the lack of teaching about the history and philosophy of science in schools and universities in the Arab Muslim world.
In a recent book, Islam’s Quantum Question: Reconciling Muslim Tradition and Modern Science, he suggests that this lack “is the essential reason for the existence of a very skewed understanding of the relation between science and religion generally, and Islam in particular, among most Muslims”.
The third factor is that the early Muslim scientists flourished during a period in which critical thinking was actively encouraged, at least among an intellectual elite. And although scientific thinking was not without its critics, it was not bogged down by conservatism and bureaucracy.

Too much red tape

Of these three factors, it is perhaps the last which is the most relevant today. Rana Dajani, a molecular biologist at Hashemite University, describes the stifling effect that conservative attitudes can have.
As far as teaching is concerned, she laments that science students are required to learn by rote and encouraged to accept established ideas without questioning them.
Bureaucracy also takes its toll. Researchers in Jordan who have been awarded major research grants by international foundations still have to go through several university committees for every request paid out of the grant — and each committee can have members with no experience in the relevant field.
One participant in the workshop, currently working in a geology department at the university, reported that she has been waiting for more than two years for a response to a grant application. “It’s so frustrating,” she complained.

A three-day workshop can only give a very limited snapshot. But from what I heard, it seems clear that, apart from lack of funding, it is conservatism and bureaucracy — not religious belief in itself — that is holding back the development of science in many Islamic countries.
The main threat that radical Islam poses to science lies in its encouragement of uncritical thinking about the natural world, and excessive reliance on a literal interpretation of traditional texts, in particular the Quran.
Conversely, the Arab Spring, with its challenge to authoritarian attitudes, has given hope for improvement — that critical thinking that is fully compatible with religious beliefs will be encouraged among students and researchers in the Islamic world.

By David Dickson, published in Scidev.net, April 4th 2013.
David Dickson is a science journalist who has worked on the staffs of Nature, Science and New Scientist, specialising in reporting on science policy. He was the founding director of SciDev.Net.


← How our heritage can be digitally explored
Does the Universe Have a Purpose? →