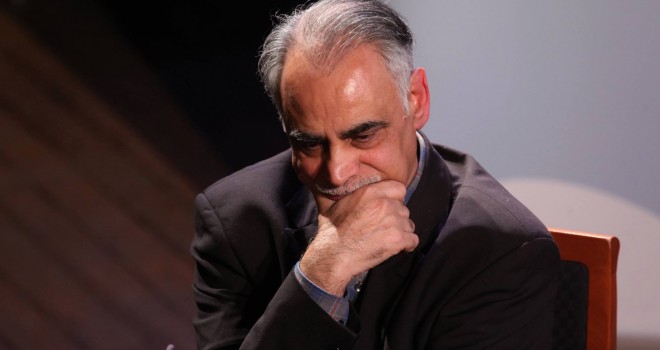 Science has acquired a new meaning in certain Muslim circles. When classical Muslim scholars declared that “whosoever does not know astronomy or anatomy is deficient in the knowledge of God”, they were emphasising the importance of the scientific spirit in Islam and encouraging the pursuit of empirical science. But today, to a significant section of Muslims, science includes the discovery of “scientific miracles” in the Quran.

The Quran does contain many verses that point towards nature, and constantly asks its readers to reflect on the wonders of the cosmos. “Travel throughout the earth and see how He brings life into being” (29:20) is a piece of advice we frequently find in the Muslim sacred text. “Behold,” we read elsewhere, “in the creation of the heavens and the earth, and the alternation of night and day, there are indeed signs for men of understanding . . .” (3:190).

But these verses do not have any specific scientific content – they simply urge believers to study nature and reflect on the awe-inspiring diversity and complexity of the universe. The emphasis in many of these verses, such as “The sun and the moon follow courses (exactly) computed; and the stars and the trees both prostrate in adoration; and the heavens He has raised high, and He has set up the balance” (55:5-7), is on the general predictability of physical phenomena.

It requires considerable mental gymnastics and distortions to find scientific facts or theories in these verses. Yet, this height of folly is a global craze in Muslim societies, as is a popular literature known as ijaz, or “scientific miracles of the Quran”. Islamic bookshops are littered with this literature, television preachers talk endlessly about how many different scientific theories can be found in the Quran, and numerous websites are devoted to explaining the phenomenon. It can seem as if ijaz literature has taken total control of the Muslim imagination.

“Almost everything, from relativity, quantum mechanics, Big Bang theory, black holes and pulsars, genetics, embryology, modern geology, thermodynamics, even the laser and hydrogen fuel cells, have been ‘found’ in the Quran,” says Nidhal Guessoum, professor of astrophysics at the American University of Sharjah. Whereas centuries ago, Muslim mathematicians discovered algebra (and led the world in countless fields of knowledge), some of today’s believers look to the Quran for equations to yield the value of the speed of light or the age of the universe, and other bewildering feats.

The tendency to read science in the Quran has a long history. In the 1950s, for example, when the US and the Soviet Union were competing to put a man in space, pamphlets appeared in India and Pakistan in which Quranic verses on the all-powerful nature of God were quoted to “prove” that manned space flight would never happen. However, for the current manifestation of ijaz, we need to thank not writers from the madrasas of the Middle East, but two western professors – neither man a Muslim.

It began in 1976, with the publication of The Bible, the Quran and Science by Maurice Bucaille, a French surgeon who had served the Saudi monarchy and acquired his basic knowledge of the Quran in the kingdom. He set out to examine “the holy scriptures in the light of modern knowledge”, focusing on astronomy, the earth, and the animal and vegetable kingdoms. His conclusion was that “it is impossible not to admit the existence of scientific errors in the Bible”. In contrast: “The Quran most definitely did not contain a single proposition at variance with the most firmly established modern knowledge.” Many Muslims embraced Bucaille’s thesis as proof of the divine origins of the Quran.

Ijaz literature received a further boost almost a decade later with the publication of the paper Highlights of Human Embryology in the Quran and the Hadith by Keith Moore, a Canadian professor of anatomy who was then teaching in Saudi Arabia. Moore illustrated certain verses from the Quran with clinical drawings and textbook descriptions. For example, the verse “We created man from a drop of mingled fluid” (76:2) is explained by Moore as referring to the mixture of a small quantity of sperm with the oocyte and its follicular fluid.

He was quite a performer, and stunned the gathering at the seventh Saudi Medical Meeting, held in 1982 in Dam mam. He read out the Quranic verses: “We have created man from the essence of clay, then We placed him as a drop of fluid in a safe place, then We made that drop into a clinging form, and made the form into a lump of flesh, and We made the lump into bones, and We clothed these bones with flesh, and We made him into other forms . . .” (23:12-14).

Moore then shaped some Plasticine to resemble an embryo at 28 days and dug his teeth into it. The chewed Plasticine, he claimed, was an exact copy of the embryo, with his teeth marks resembling the embryo’s somites (the vertebral column and musculature). He displayed photographs to show that bones begin to form in the embryo at six weeks, and muscles attach to them. By the seventh week, the bones give a human shape to the embryo; ears and eyes begin to form by the fourth week and are visible by the sixth. All these developments, Moore claimed, fit the Quranic description exactly.

Both Bucaille and Moore played on the inferiority complex of influential Saudis, suggesting that the Quran was a scientific treatise and proof that Muslims were modern long before the modern world and modern science. The Saudi government poured millions into ijaz literature. The Commission on Scientific Signs in the Quran and Sunnah was established. The first international conference on the subject was held in Islamabad, in 1987. Moore’s paper was included in an illustrated study: Human Development As Described in the Quran and Sunnah. The field has been growing exponentially ever since.

Guessoum, who is about to publish a book on ijaz literature, says that most works on scientific miracles follow a set pattern. They start with a verse of the Quran and look for concordance between scientific results and Quranic statements. For example, one would start from the verse “So verily I swear by the stars that run and hide . . .” (81:15-16) and quickly declare that it refers to black holes, or take the verse “[I swear by] the Moon in her fullness; that ye shall journey on from stage to stage” (84:18-19) and decide it refers to space travel. And so on. “What is meant to be allegorical and poetic is transformed into products of science,” Guessoum says.

These days, the biggest propagator of ijaz literature is Harun Yahya (real name Adnan Oktar), a Turkish creationist. He has published scores of pamphlets and books that are heavily subsidised and sold very cheaply. The latest, Miracles of the Quran, explains the verses of the Quran “in such a way as to leave no room for doubt or question marks”. The author suggests that the verse “We have sent down iron in which there lies great force and which has many uses for mankind” (57:25) is a “significant scientific miracle”, because “modern astronomical findings have disclosed that iron found in our world has come from the giant stars in outer space”. The verse “Glory be to Him Who created all the pair of things that the earth produces” (36:36) is claimed to predict anti-matter.

But these inanities are not limited to crackpots. “Even respected university professors believe this nonsense,” Guessoum says. “In my own university, around 70 per cent of science professors subscribe to the view that the Quran is full of scientific content, facts as well as theories.” Indeed, many respected scientists have contributed to the literature. Prime among these is The Geological Concepts of Mountains in the Quran (1991). Written by the Egyptian scientist Zaghloul el-Naggar, who held the chair of geology at King Fahd University of Petroleum and Minerals in Dhahran, Saudi Arabia, the book has gone through numerous editions. It was so successful that el-Naggar gave up teaching to become the chair of the Committee of Scientific Notions in the Glorious Quran, established by the Supreme Council of Islamic Affairs in Cairo. Today, he lectures on “geology in the Quran” and CDs of his talks sell out.

The latest tome on the subject is The Computer Universe: a Scientific Rendering of the Holy Quran by P A Wahid, the former dean of the Faculty of Agriculture at Kerala Agricultural University. In the book, he develops a model of science in the Quran and purports to explain the existence of angels (“intelligent robots in Allah’s kingdom”), the Divine Master Plan, and how the Quran predicted the advent of chemistry and biology. Ehsan Masood, who writes on science in developing countries for Nature, recounts how he “once met a former chief scientist to a defence ministry who told me excitedly he was refining a research paper that would use mathematics to prove the existence of angels”.

All their own creation

The underlying message of these books is that all the science you need is in the Quran – no need to get your hands dirty in a lab or work within mainstream theories. But there is an overt message, too: works such as those of Wahid and el-Naggar are aggressively anti-evolution. Many more Muslim scientists, says Guessoum, are “scientists by day and creationists by night”.

Creationism is not at all a natural Muslim position. In the early 10th century, Muhammad al-Nakhshabi wrote in The Book of the Yield: “While man has sprung from sentient creatures, these have sprung from plants, and these in turn from combined substances.” In Life of Hai by the 12th-century Andalusian philosopher ibn Tufayl, evolution is strongly emphasised. Hai is “spontaneously generated”, emerges from the slime, evolves through various stages and discovers the power of reason to shape his world and to understand the universe. In contrast, creationism has taken hold over the past decade in Muslim societies – Turkey, for example, came last, just behind the US, in a recent survey of 34 countries on public acceptance of evolution.

Ijaz literature goes hand in hand with creationism, though Masood says that Muslim creationists are strongly influenced by their American Christian counterparts: “The two groups genuinely believe that the destiny of Islam and Christianity is to work together to defeat evolution and that this alliance is the answer to the clash of civilisations.”

Yahya’s lavishly illustrated tome Atlas of Creation is widely distributed. In Turkey, it anonymously turned up in numerous schools and libraries. Last year, it was sent unsolicited to schools across France, prompting the education ministry to proscribe the volume. The Atlas blames everything, from Nazism to terrorism, on evolution. “It contains lie upon lie upon lie,” says Jean Staune, visiting lecturer in philosophy of sciences at the HEC School of Management in Paris, who has made a special study of Harun Yahya’s works. “It denigrates the faith which it purports to support.”

And we can say the same about all literature, popular or academic, that purports to discover “scientific miracles” in the Quran.