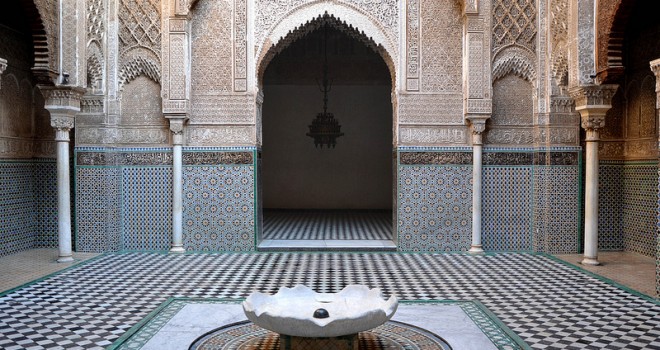 The Erasure of Islam

One cannot have a revolt on behalf of reason in Islam because reason is central to its worldview: reason is the other side of revelation and the Qur’an presents both as ‘signs of God’. A Muslim society cannot function without either.

Ziauddin Sardar on the shadow cast over Islamic culture by the Enlightenment.

What Enlightenment? It may have been good for Europe, but for the rest of the world in general, and Islam in particularly, the Enlightenment was a disaster. Despite their stand for freedom and liberty, reason and liberal thought, Enlightenment thinkers saw the non-West as irrational and inferior, morally decadent and fit only for colonisation. This legacy is not only with us but is positively thriving in the guise of neo-conservative thought, dogmatic secularism and scientism.

For key Enlightenment thinkers, such as Voltaire, de Montesquieu, Volney and Pascal, Europe occupied a special place: it was to be the destiny of humanity, construed as Western man. They worked hard to provide a rational justification for colonisation. They rationalised the medieval images, anxieties and fear of Islam and its Prophet – so evident in the sections devoted the Muhammad in Pascal’s Pensees – and presented it as evidence for the innate inferiority of Islam. They deliberately suppressed the Muslim contribution to science and learning and severed all intellectual links between Islam and Europe. Their Eurocentricism thus further locked Islam into an exclusive confrontation with the West, which continues to this day.

For thirteen and fourteenth century thinkers of Christendom, such as Roger Bacon and John Wycliff, Islam was simply a pagan, enemy Empire. To their credit, the Enlightenment thinkers saw Islam as a civilisation. But it was a civilisation grounded in a backward society and inferior political institutions and religious beliefs at its core.  In Mohammad and Fanaticism, Voltaire denounced Islam in harsh and hostile terms. Later, in the Essai sur les moeurs, he was a little more restrained, but the judgement did not change. He still saw Islam as an embodiment of fanaticism, antihumanism, irrationalism and the violent will to power. But despite this, Muslims did have a few positive aspects. They could move towards greater tolerance thanks largely to Islam’s loose sexual standards, which made it akin to a natural religion. While Jesus was good, Christians had become intolerant. But Muslims were tolerant despite their evil Prophet. Positive development in one case, negative in another. This is how Voltaire reconciled his deep seated prejudices of Islam and Muslims with reason.

For all their sabre rattling against religion, Enlightenment thinkers saw Christianity as the standard of civilised behaviour and norm of all religion. In effect, they further naturalised the natural law theory of medieval Christianity which had always been both vague in the sense of never precisely defined yet highly specific in being a universalising of Christian norms as the standard for human behaviour. Islam remained the antithesis to Christianity. Thus, in Les Ruines, Volney announced that ‘Mohammad succeeded in building a political and theological empire at the expense of those of Moses and Jesus’ vicars’. Or, in the scene where he has an imam speaking about ‘the law of Mohammad’, ‘God has established Mohammad as his minister on earth; he has handed over the world to him to subdue with the sabre those who refuse to believe in his law’. Volney described Muhammad as the ‘apostle of a merciful God who preaches nothing but murder and carnage’, the spirit of intolerance and exclusiveness that ‘shocks every notion of justice’. While Christianity might be irrational, Volney declared that it was gentle and compassionate but Islam had a contempt for science – a truly bizarre claim since Volney himself, and all his fellow Enlightenment thinkers, learnt most their science and philosophy from such names as al-Frabi, Ibn Sina and ibn Rushd.

While the Enlightenment may have been concerned with reason, its champions were not too worried about truth when it came to Islam. They not only shamelessly plagiarised philosophy, science and learning from Islam, but the very hallmark of Enlightenment, liberal humanism, has its origins in Islam. It is based on the adab movement of classical Islam, which was concerned with the etiquette of being human. Islam developed a sophisticated system of teaching law and humanism that involved not just institutions such as the university, with its faculties of law, theology, medicine and natural philosophy, but also an elaborate method of instruction including work-study courses, a curriculum that included grammar, rhetoric, poetry, history, medicine, and moral philosophy, and mechanisms for the formation of a humanist culture such as academic associations, literary circles, clubs and other coteries that sustain intellectuals and the literati. The adab literature and institutions were, in fact, what enlightenment was all about in Islam. One cannot have a revolt on behalf of reason in Islam because reason is central to its worldview: reason is the other side of revelation and the Qur’an presents both as ‘signs of God’. A Muslim society cannot function without either. While Muslims can hardly be exonerated for the decline of reason and learning in Muslim civilisation, it was colonialism that as deliberate policy destroyed adab culture in Muslim societies.

But Enlightenment Europe swallowed the adab system, including text books, en masse. However, since it was a product of an inferior culture and civilisation its origins had to be shrouded. Thus, classical Arabic had to be replaced with another classical language, Latin. This was followed by a systematic expunging of all traces of the influence of Islamic thought on Europe. From the days of Voltaire right up to 1980, thanks largely to the efforts of Enlightenment scholars, it was a general western axiom that Islam had produced nothing of worth in philosophy, science and learning.

The Enlightenment legacy that Islam and Europe have nothing in common, that Islam is only a darker shadow of the West, that liberal secularism is the destiny of all human cultures, is much in evidence in our newspapers and television, literature and scholarship, as well as in our politics and foreign policies. It is the bedrock of Francis Fukuyama’s ‘End of History’ hypothesis, Samuel Huntington’s ‘Clash of Civilisation’ thesis, and the neo-conservative ‘Project for the New American Century’. Voltaire’s Bastards, to use the title of John Ralston Saul brilliant 1992 book, are busy rationalizing torture, military interventions, western supremacy and demonising Islam and Muslims. The Enlightenment may have been big on reason but it was, as Saul shows so convincingly, bereft of both meaning and morality.
Forgive me if I don’t stand up and salute the Enlightenment.


← Re-thinking sustainability and progress: Islamic perspectives
What’s So Difficult About The Islamic Calendar? →