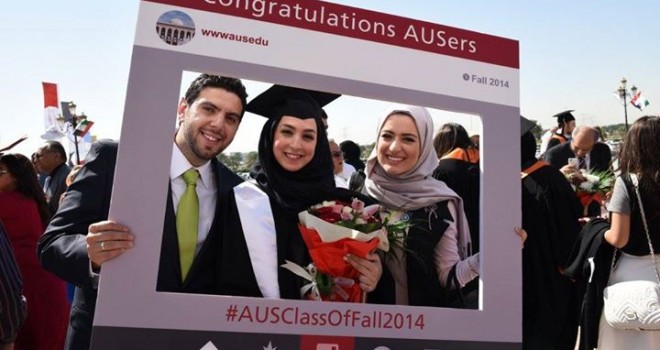 A task force assembled by the Muslim World Science Initiative has issued a report calling on countries with majority-Muslim populations to broaden science education at the university level.

Two of the task force’s leading experts, Nidhal Guessoum, professor of astronomy at University of Sharjah, United Arab Emirates, and Athar Osama, honorary senior associate at the UCL Institute of Education, London, UK, and the founder of the MWSI, report in Nature on the results of the two-year initiative which was designed to examine the state of science throughout the Muslim world.

In a separate interview, Guessoum told Nature Middle East, “To our knowledge, this is the first time that significant effort has been put into reviewing the teaching of science at universities of the Muslim world, including pedagogical methods, textbooks, language of instruction, censorship of ‘controversial’ topics, and even the question of religion in science classes.”

The 57 countries the task force examined, all part of the Organization of Islamic Cooperation (OIC) — are home to nearly 25% of the world’s people, they write.

“But as of 2012, they had contributed only 1.6% of the world’s patents, 6% of its academic publications, and 2.4% of the global research expenditure. There have been only three Nobel laureates in the sciences from OIC countries; today these nations host fewer than a dozen universities in the top 400 of the many world rankings, and none in the top 100.”

Our work confirmed many widely known problems, as highlighted by reports such as the Royal Society’s 2014 Atlas of Islamic World Science and Innovation. For example, OIC countries on average invest less than 0.5% of their gross domestic product (GDP) on research and development (R&D). Only Malaysia spends slightly more than 1% (the world average is 1.78%; most advanced countries spend 2–3%). Students in the Muslim world who participate in standardized international science tests lag well behind their peers worldwide, and the situation seems to be worsening.

But the findings highlight an even deeper problem. Too many university science programs rely on narrow content curricula and outdated teaching methods.

“In most OIC countries, students are channeled into science or non-science streams around the age of 14, and their education thereafter is completely binary: science and technology students receive little in the way of humanities, social-science, language or arts education, and vice versa.”

Some basic facts taken for granted at western universities are seen as controversial in OIC schools, and are often marginalized.

Evolution, for example, is usually taught only to biology students, according to the report, often as ‘only a theory’, and is rarely connected to the rest of the body of knowledge.

“One ongoing study has found, for example, that most Malaysian physicians and medical students reject evolution,” Guessoum and Osama report. “Evolution needs to be taught widely and shown to be compatible with Islam and its culture. Teaching the philosophy and history of science would help, too.”

Osama pointed out that there were also encouraging developments. Contrary to expectation, for example, he said, the OIC countries seem to be doing much better this decade than the previous decade in publishing scientific papers, especially those [nations] that are trying hard to catch up, “although as a whole we’re probably not doing as well since there are many that are not making much progress.”

Women do not seem to be doing as badly in the Muslim world as they feared. “Many Muslim countries seem to engage women in science much better than in the West,” he said.

The first is that universities in the OIC nations need to be granted far more autonomy to transform themselves into meritocracies that ‘strive for scientific excellence’ and then lead to greater transparency and meritocracy within wider society.

Secondly, the universities need to promote the right metrics for encouraging good science, so as to avoid inadvertently encouraging plagiarism and junk science through the pressure to publish.

Universities need to deliver more multidisciplinary, exploratory science education. A good start would be training for university teachers, with workshops on new tools and approaches. Barriers need to be broken between departments and colleges and new programmes constructed. Professors need to be free to teach topics that are not tightly regulated by ministries.

The task force has also put out an open call for universities throughout the Muslim world to join a voluntary network to promote excellence in university science programs. It will launch next year and be based in the office of Tan Sri Zakri Abdul Hamid, the Science Advisor to the Prime Minister of Malaysia.

The full PDF of the report can be downloaded here.


← What Islam teaches about protecting the Planet
Science in the Islamic world: an interview with Nobel Laureate Ahmed Zewail →