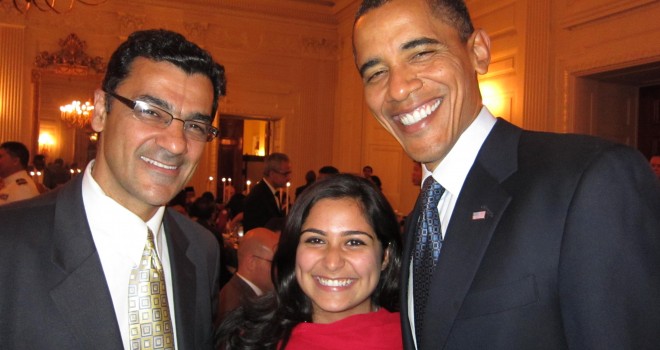 The results of two interesting surveys were released recently: one by the Pew Research Center on U.S. Muslims’ lives and attitudes and one by IFOP (the leading French market research and opinion poll institute) on French Muslims and the evolution of their socio-religious attitudes over the past two decades.

These two Muslim communities are important these days for a variety of reasons — mainly political in the States (with the 10th anniversary of 9/11 and more general considerations) and socio-political in France (with the debates about “national identity,” immigration, integration, etc.). And indeed, one finds the two surveys reflecting those interests very sharply in the questions that were asked. Consequently, the French survey was much more interesting, at least for me, as it explored more the religious attitudes (and their evolution) of the Muslim community there.

Let me now briefly review the main highlights of the two surveys. In the Pew survey of U.S. Muslims, and keeping in mind the strong slant toward political issues,

It should be noted, however, that “attending worship services” is neither a requirement in Muslim religious practice nor an easy possibility for American Muslims (dearth of mosques and difficulty to attend the weekly sermon and prayer, which takes place on Friday in the middle of the day — a time when most people are at work).

The IFOP survey of French Muslims focused much more on socio-religious attitudes and looked for trends between 1989 and 2011.

Contrary to the U.S. survey, the French one first attempted to define the “Muslim” label by dividing “French Muslims” into three sub-groups:

It did so by asking respondents to identify themselves as belonging to one of these groups. It later correlated this self-labeling with the practices and attitudes that the respondents were asked about and found that “being a practicing Muslim” correlates most strongly with two practices: praying each day and going to the mosque on Friday. Other practices, e.g. fasting in Ramadan, do not make people declare themselves as “practicing Muslims.”

Here below are the highlights of that survey:

I’ll be very interested in readers’ comments (from everywhere).

By Nidhal Guessoum, published in The Huffington Post, September 21st 2011.