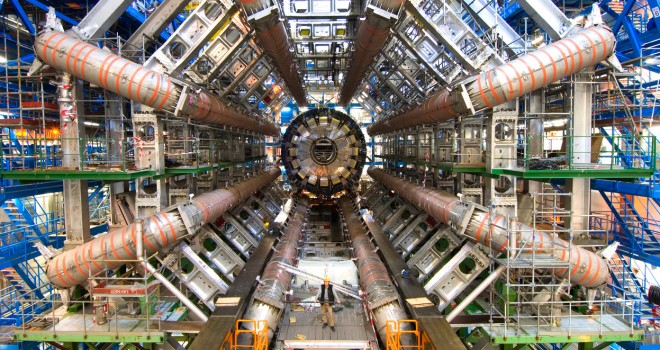 In the past month, two major scientific events captured the public’s mind and fired up the internet: the ‘Higgsteria’ over the discovery of that elusive fundamental particle, and Curiosity’s terrific landing on Mars. A month earlier, millions of people went out (as early at 5am in the UAE) to watch Venus transit across the face of the Sun.

These events did not reach the global communions of the Olympics opening ceremony or the football World Cup final, but by cultural, educational, and scientific standards, they certainly resonated hugely among the general public.

Millions of people stayed up late or woke up very early to follow Curiosity’s landing. In New York’s Times Square, thousands of people stood for hours watching the big screens. One writer saw similarities with the moon landing of 43 years ago. One blogger wrote about the tears he shed when, wanting his three-month-old son to be a witness to the event, he described things to him and tried to convey the moment’s importance …

What explains this public enthusiasm, inspiration, and excitement? Is it the achievements being made by scientists in fascinating fields? Is it public relations cleverness on the part of the science teams? Is it the difficult times that people want to escape from, for a moment transporting themselves mentally to Mars, Venus, the Sun, or into Big Bang physics?

Is it the amazing technologies used in these scientific endeavours (the huge accelerator in Switzerland, the ‘skycrane’ that put Curiosity on Mars with its dizzying array of high-resolution cameras and other marvels), each costing several billion dollars?

It’s probably all of the above, but I would like to focus on one particular reason that has not been highlighted by commentators and which I think is an important lesson amidst these triumphs. In each case, the science teams did a great job at capturing the public’s mind by providing excellent metaphors and descriptions of why the project was important.

Take the Higgs boson, for example. It is quite amazing that a discovery which I, a physics professor, find some difficulty explaining to my family members, would produce a hysteria among the media and beyond. Indeed, the scientists had to explain that yes, it’s a bonafide discovery because ‘the statistics crossed the 5 sigma level’. How many people understand this?

But the reason they captured people’s imagination is because the particle was (metaphorically) labelled ‘the God particle’.Its significance was linked to the Big Bang — and who doesn’t want to hear that this ‘helps explain the Big Bang’ in the way particles acquired mass.

Likewise, several weeks before Curiosity’s landing, the Nasa team in charge of it produced a stunning video about how the landing would be a technical tour de force, and – most importantly — gave it a catchy title, ‘Seven Minutes of Terror’ (referring to the time it would take to descend onto the Martian surface, with the various complicated manoeuvres). That video went viral; there are countless copies of it on the web, drawing millions of views.

But there remained the question of the price tag. Indeed, technical achievement or not, one still has to convince the public that it was worth spending $2.6 billion on. And here too, the science team’s PR smartly raised all the buzz ideas that the public would welcome: the search for life (and who doesn’t want to find aliens, especially the little green ones on Mars), the search for water (and why Mars ‘lost its rivers and oceans’), the study of the red planet’s climate (and though this is misleading, our ‘global warming’ was brought up many times)…

Good job, science project communicators! You’ve learned how to capture the public’s mind by playing all the right cards.

But space exploration is much more fascinating and linked to our deepest instincts as humans; indeed, it is part of what makes us human.

As Jim Bell, one of Curiosity’s team members, stated, “It’s human nature to explore… By going to difficult or dangerous places, we carry the rest of our species along with us. These stories become part of our culture, part of our heritage… It’s a human endeavour that is part science, part inspiration.”

Now the next step will be a manned mission to Mars. The US president believes it will happen in his lifetime. The Nasa chief administrator says “sometime in the 2030s”. I personally doubt that, but I hope and pray that comes to be, so I get a chance to witness what will be one of the biggest events in our entire history… Inshallah.

Before he died, Carl Sagan, the most eloquent spokesperson for humanity’s space quest, thought about the day when robots or humans would land on Mars. He said: “Maybe we’re on Mars because of the magnificent science that can be done there — the gates of the wonder world are opening in our time.

“Maybe we’re on Mars because we have to be, because there’s a deep nomadic impulse built into us… And the next place to wander to is Mars. But whatever the reason you’re on Mars… I’m glad you’re there. And I wish I was with you.”

Nidhal Guessoum heads the physics department at the American University of Sharjah.