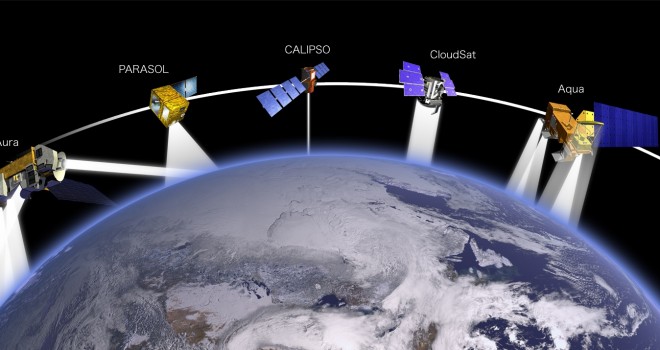 Satellites are taken for granted now

We need to let them produce a cultural spark which can bring about a drastic transformation of the educational, scientific, intellectual landscapes of our countries

When the Soviets launched the first satellite, Sputnik, 55 years ago, the Americans were so strongly shaken that serious changes were made in US education, scientific research, and budget expenditures. They immediately realised the strategic importance of having satellites in space. The Americans created Nasa and, within 12 years, they set foot on the moon. The rest as they say. is history.

A few other Arab countries have also had small satellites launched, but to my knowledge, none has had such an active satellite/space programme. This deserves to be hailed.

Unfortunately, and except for a few local news stories mainly reporting on these launches and the satellites’ functions, I have not seen the wide, cultural, and educational discussion that this development deserves to ignite in the entire society. It is true that these satellites are not yet homemade; Dubaisat 1 and 2 are made in South Korea, albeit with a large number of Emirati engineers fully participating in the project, and Yahsat is a joint project with the European company Thales Alenia Space. But Dubaisat officials have promised to have Dubaisat 3 entirely produced on UAE soil.

Have satellites become invisible in our lives or are they now taken for granted? If we ask people where satellites come into their lives, two applications will most often be mentioned: the hundreds of TV channels we get from satellites such as Nilesat and Arabsat, and the GPS devices we use in our cars and on our smartphones to find our way to various locations.

In reality, there are numerous satellites applications without which life today would be much less advanced. Two other important applications are exemplified by the Emirati satellites that are now up there: imaging and remote sensing, which is what the Dubaisat series does, and fast communications and data transfer, what Yahsat is used for.

Imaging and remote sensing are extremely important for a variety of applications: weather monitoring, land mapping and urban planning, agricultural uses and desert and forest observations, military surveillance, etc. Such satellites, like Dubaisat, need to orbit at low altitudes (a few hundred kilometres above us), so as to frequently pass above and image any given location.

Communication and fast data transfers (Yahsat’s function) are also increasingly vital in today’s fast economies and knowledge societies, with our constant need to connect and exchange data from anywhere and at any moment, including remote places on land and sea, like oil platforms. For example, most people don’t realise that when they withdraw money from an automated teller machines abroad or when a shop requests a bank’s authorisation to charge a credit card, the data needs to be exchanged fast and over large distances, and satellites are often needed for the task. The same is needed when a company — or customer — wants to know where a couriered letter or parcel is at a given moment. These data applications require “geostationary” satellites, which are placed some 36,000 km above the Earth’s surface so as to orbit the Earth in 24 hours, thus remaining at the same location relative to a given spot.

Satellites actually have many other applications, including the continuous observation of the planet in order to quickly react to natural disasters, the search and rescue of people after accidents, scientific explorations of the planet and the cosmos, etc. Indeed, 3,000 satellites are currently in use, and their invisibility simply shows how seamlessly they have integrated into our lives.

But I believe that satellites, with their strategic importance and their strong influence on a country’s socio-economic development should not be taken for granted. They should be strongly highlighted and hailed. The launch of Sputnik hit the Americans like a bolt of lightning and led them to overhaul not just their strategic outlook but their educational programmes as well. The biggest improvements were made in the American science-education curricula, and the largest jump was made in student enrolments in scientific fields. More than that, space became a fascination and an obsession in American culture.

We need to let satellites and space produce a similar cultural spark, one which leads to a drastic transformation of the educational, scientific, cultural, and intellectual landscapes of our countries. These satellites should become icons in the society. The public can be enlisted to play an active role in such programmes and even participate in related scientific research, as I will explain in my next article.

By Nidhal Guessoum, published in Gulf News, May 4th 2012.


← What I have learned from my students
Should teachers and students embrace Wikipedia or shun it? →