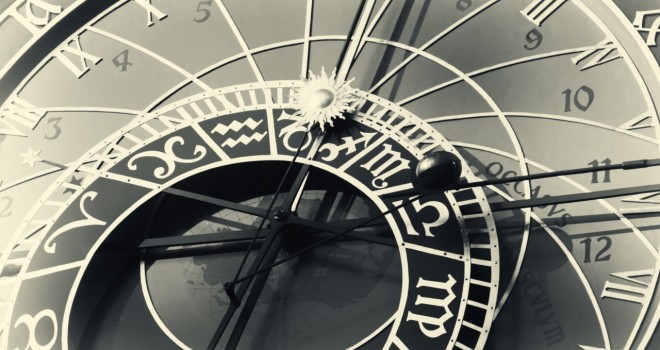 When a new year comes around, books of astrological predictions abound in stores and newspapers devote special sections to “what the stars say”. And I, an astro-physicist, sometimes get mistaken for an astrologer and get asked to describe the heavenly characteristics of the New Year.

Last week, I was struck by the pages of “predictions” in the newspaper, so I decided to take a moment to check them out and even do a quick comparison with some “leading” astrologers’ predictions. I will tell you shortly what I found.

Let me first stress that astrology is not some quirky socio-cultural phenomenon; it affects large portions of the population worldwide, from laymen to high officials. President Ronald Reagan, under the influence of his wife, is known to have had an astrologer vet the dates of his various activities.

Recent statistical surveys have shown that in the UK, US and Canada, about 25 per cent of adults believe in astrology, with women largely outnumbering men, sometimes by two to one. And while education is slowly shrinking the numbers of people who believe in astrology, research that was conducted among English students in 2000 found that all knew their zodiacal signs, 70 per cent of them read their horoscopes regularly and 85 per cent of those agreed that astrological descriptions do fit their personalities.

Let us now look more closely at Astrology — and distinguish it from Astronomy!

Astronomy, my field, is the science of describing and explaining the phenomena that occur in the sky and the cosmos, from the sun and the moon, to the planets and the stars, the galaxies and the whole universe. It uses a scientific methodology of repeated and systematic observations, mathematical modelling and advanced calculations, finally making predictions that can be rigorously and precisely checked against new observations.

Astrology, on the other hand, is a description of people’s personalities and a prediction of life events or actions (e.g. “tomorrow will not be good for financial transactions”) based on the positions of the sun, the moon, and the planets among constellations (well-known groups of stars). While their trade rests on making predictions that people will want to know about, astrologers insist that their work should not be held to the exacting standards of science. Indeed, while they happily trumpet the fact that they use astronomical calculations to determine the “crucial” locations of the sun, the moon and the planets in the sky, their “predictions” are only “symbolic” and not scientific in the rigorous sense.

Now, why are scientists so incensed by astrology? First, it defies logic and common sense to produce daily predictions for people according to 12 month-long intervals of birth-dates. So if my neighbour and I were born in one of these time periods, or if I share the same birthday or birth week with someone on the other side of the earth, we will have the same day (roughly) every day, week after week, month after month, year after year. In fact, we will also share the same personality traits. According to astrologers, I am a Virgo, which is described as perfectionist, realistic, practical, dependable, sincere and patient, but also too critical, restless, lacking demonstrativeness and tending to push oneself too much.

However, and this is another main critique of astrology by astronomers, the zodiacal time intervals that we find in newspapers and books are totally wrong. This is because astrology still goes by the positions of the earth and the sun with respect to the stars as things were in the early days of astrology, thousands of years ago. But the precession of the earth’s axis (a slow motion that shifts the whole earth-sun plane in the cosmos over centuries and millennia) has changed the dates when the sun can be found in one constellation or another.

So, to get to the point (and it is a major one), being born on September 6 puts me in Virgo according to all the horoscopes that are published today, but according to astronomy, I should be a Leo, as the sun is in the Leo constellation on September 6! So instead of the personality that I mentioned above for Virgos, my strengths should include kindness, big-heartedness, an energetic nature, optimism, honesty and loyalty, and my weaknesses are jealousy, possessiveness, egotism or a more dominating personality. Oh, and my lucky day should be Sunday, not Wednesday. I am totally lost now …

Additional serious problems with astrology have been pointed out. Among them is the fact that not only do astrologers disagree on how planets “influence” our lives, each of the proposed effects can be shown to be negligible or nonexistent. In particular, planets have much weaker gravitational pulls on a newborn’s body than the obstetrician or nurse who pull him or her (since the moment of birth is the crucial moment that astrologers go by). Likewise, magnetic fields cannot explain any “influence” on us, since Venus and Mars have no magnetic fields, Mercury has a very weak one, and Pluto has none.

This brings me to another problem: How does astrology cope with the discoveries of new planets? Neptune and Uranus, bona fide planets, were only discovered in 1781 and 1846, respectively; Pluto was discovered in 1930 and was demoted to “dwarf planet” in 2006; and while others bigger than Pluto have recently been discovered, horoscopes still mention the “effect” of Pluto but ignore the new ones (e.g. Eris) completely.

In fact, scientists did not just raise these inconsistencies; they conducted rigorous statistical studies to search for any correlations between zodiacal signs of people and their abilities and inclinations. Hundreds and in some cases thousands of musicians, politicians, scientists and other professionals were examined to see if any sign seemed to predispose people for one field or another. None were found.

And last but not the least — and though this does not require any special science to notice — astrological predictions are almost invariably vague and sometimes contradictory.

Indeed, according to Shelley Von Strunckel, I am a Virgo and for 2014 she advises: “Balance practical and financial requirements by venturing out into new territories and gradually you’ll realise how and what you are learning benefits you.” However, Laurie Baum, a prominent Californian astrologer whose website describes her as “Author of five books, professional astrologer and psychic counsellor”, predicts the following for Virgos: “Pluto in Capricorn will help you unearth buried creativity … Your financial picture will be erratic in 2014 …”

But since I’m really a Leo (as I explained above), Shelley Von Strunckel’s advice to me is: “While you are living out days, particularly the first half of the year, you could struggle to sustain familiar elements of your life … If you are to achieve your goals you’ll need to combine inquisitiveness with a willingness to experiment with activities, your goals and even your lifestyle.” But the US-based Latin Times tells me: “Ok Leo it looks like 2014 is the year for you … The first half of the year will be quiet and uneventful.”

But why can’t we all just take astrology as a bit of fun and not subject it to the rigours of science?

First, because while astrologers have recently adopted the “symbolic meaning” mantra, they have often claimed (and many continue to) that astrology is a science, it has its own textbooks and specialists, it is taught in post-secondary institutes, etc. Moreover, most people do not know the fundamental difference between astrology and astronomy and indeed in the Islamic culture, where claiming any knowledge of the future is strictly forbidden, to this day astronomy is shunned because of that confusion.

Secondly, and perhaps most importantly, giving astrology a special place and role in one’s life can be quite dangerous. One then slowly becomes a fatalist, being resigned to “events” that are determined by celestial objects and motions, thus believing that it is impossible to reverse predictions or even change one’s personality because “it’s written in the stars”.

More than that, people start to make important decisions on the basis of what the horoscopes recommend. For instance, some women have reportedly refused injections for induced labour, not wanting their newborn to come to the world under a “bad” sign. Also, a number of couples who initially got attracted to one another soon separated after realising that they are of “incompatible” signs. And countless wrong financial transactions and investments were made because, in the eyes of the persons involved, the time was right (or not) to make them.

So if astrology is so wrong and quite dangerous, why is it so popular? First, because people tend to only notice the cases when predictions get “confirmed” (in fact, that is how astrology started thousands of years ago, when the death of a king or a victory in a battle was seen to coincide with some celestial occurrence); they unconsciously ignore the negative cases. Secondly, and more importantly, people see life as too complex and cosmic connections not only plausible but probable; believing astrology to be scientific, they seek “specialists” who can tell them about those connections in this world and in their lives.

This is another prime case where educators, scientists and media leaders can play an important and concerted role in bringing about a greater and clearer understanding of the subject. What is artistic or cultural must be distinguished from what is scientific. Education helps clear up confusions between various fields and activities and domains of validity or authority.


← Next Islam&Science Workshop in the UAE
Islam and Science: concordance or Conflict? By Prof. Abdus Salam 5/5 →