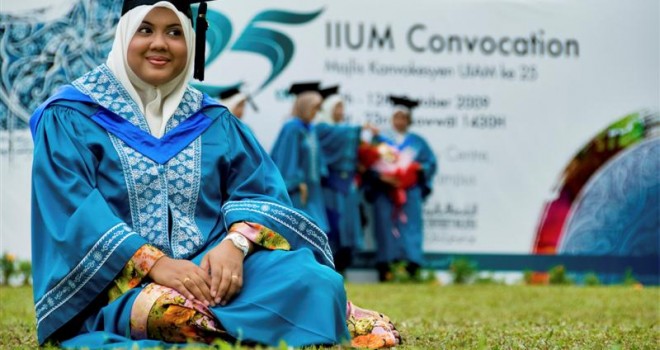 Next Islam&Science Workshop in Malaysia

International Institute of Islamic Thought and Civilization (ISTAC), International Islamic University Malaysia (IIUM) in association with the American University of Sharjah (UAE) and the Université Interdisciplinaire de Paris (France), are pleased to announce a workshop entitled, “Islam and Science: an educational approach” for students and young researchers to be held from November 29 to December 2, 2013 on the ISTAC campus of the IIUM.

This event will be the latest in a series of educational workshops that have previously been held in Paris (France), Constantine (Algeria), London (UK), and Amman (Jordan), with others scheduled to take place in the future in the UAE and elsewhere.

The general themes of the workshop span the following topics:

The workshop will represent a unique opportunity for students and young researchers to discover the contemporary field of ‘science and religion’ through lectures by, and in-depth discussions with, internationally-recognized thinkers and experts in this field, as well as viewing and discussing a one-hour documentary on Science and Islam/Religion with over 20 thinkers, including two Nobel-Prize winners. Participants can attend the workshop by selection only. About 20 applicants will be selected by submitting an essay on a subject that directly relates to the general themes of the workshop and a CV or transcript of university studies.

The essays must be written in English, be between 1,000 and 2,000 words long (plus an abstract of roughly 150 words), and present a clear thesis representing the author’s opinion, with full academic referencing.

All applications must be submitted by email to islam-science@aus.edu by Saturday, October 26, 2013.

Telephone interviews may be conducted to complete the selection process and to verify participants’ interest in, and familiarity with, the subject.

The best essays will be presented verbally by their authors during the workshop and possibly published on the project website.

The selected participants will have all of their expenses paid (including transport within Malaysia, meals during the workshop, and, in necessary cases, lodging) and receive valuable educational material (books, articles, DVD, etc.). Nidhal Guessoum: Professor of Physics and Astronomy and Associate Dean at the American University of Sharjah in the United Arab Emirates; he has published several books on science with direct or indirect relevance to Islam, as well as dozens of scholarly papers in astrophysics and numerous articles on science, education, and culture. He has also organized several conferences (and co-edited the proceedings) on Islam and Astronomy/Science.

Bruno Abdelhaq Guiderdoni: Director of the Observatory of Lyon (France), his main research is in galaxy formation and evolution, with over 100 papers published in the field. He is also a prominent Muslim figure in France and a member of the Board of Advisors of the John Templeton Foundation.

Jean Staune: with degrees in Philosophy of Science, Mathematics, Paleontology, Political Science, Computer Science, and Management, he has taught at several institutions, including currently at the Ecole Polytechnique Federale de Lausanne. He is the founder and General Secretary of the Interdisciplinary University of Paris and has published several best-selling books on science, philosophy, and religion in France.

Rana Dajani: Assistant professor in molecular biology at the Hashemite University (Fulbright alumnus), she does research in genome-wide studies of diabetes and cancer in ethnic populations in Jordan, as well as stem cells and bioinformatics. She is an expert on the topic of Evolution and Islam. She was the main organizer of the fourth scientific research conference on cancer in Jordan, a consultant on a number of committees, a driver in the network for women mentors and mentees, and the “We love reading” program for children, which received the Synergos award for Arab world social innovators and a membership in the Clinton Global initiative 2010.

M. Kamal Hassan: is currently a Distinguished Professor attached to International Institute of Islamic Thought and Civilization (ISTAC) International Islamic University Malaysia (IIUM). He obtained his M.A., M.Phil. and Ph.D from Columbia University, New York in 1970, 1972, 1975 respectively.  His area of specialization is contemporary Islamic thought with special reference to Southeast Asia.  From 1997 until December 1998 he was a Visiting Professor and Chair of Islam in Southeast Asia at Georgetown University, Washington D.C. He served as the third Rector of IIUM from January 1999-2006. His papers and publications (including nine monographs and books) generally focus on the concept of integrated education, the importance of Islamic ethics in contemporary society and, more recently, on the concept of Islamic moderation in the Malay world.

Ibrahim Mohamed Zein: is currently Professor of Islamic Studies and Comparative Religion and Dean of Kulliyyah of Islamic Revealed Knowledge and Human Science (IRK&HS) at the International Islamic University Malaysia (IIUM), Kuala Lumpur.  He has a B.A. (Hons) and an M.A. in Philosophy from the University of Khartoum and an M.A. in Islamic Studies and Ph.D in Religion from Temple University. He has published books, monographs and articles in the areas of Islamic philosophy, good governance and education.

Ariff bin Osman: is professor in Anesthesiology at the Kulliyyah of Medicine, International Islamic University Malaysia (IIUM) and Consultant Anesthesiologist at Hospital Tengku Ampuan Afzan Kuantan. In the field of Anesthesiology, his interests are mainly resuscitation, airway management, medical simulation, ethic and professionalism. At the University, he is actively involved in strengthening the Islamic Medical Curriculum (IMC) particularly in the aspect of professionalism and physician etiquette, medical ethic, medical fiqh and leadership. He has established a dialysis centre in 1998 and an orphanage home in 2004. He has published books and articles in areas of Anesthesiology and Critical Care, Islamisation of medicine, and Professionalism and ethics.


← Islam and Science: Notes on an Ongoing Debate 3/3
What’s a scientist like you doing in the UAE? →