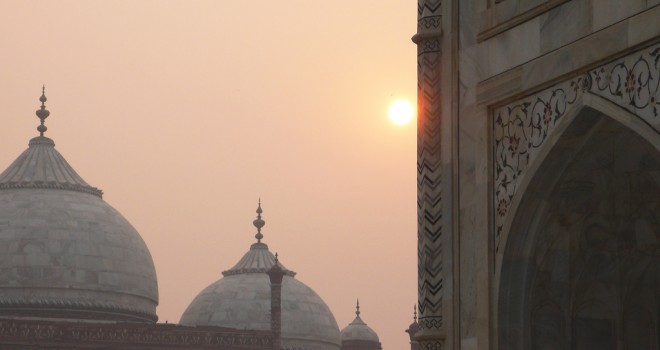 Lessons learned from the ‘Earth does not rotate’ debacle

Last week, a three-minute video segment by a Saudi cleric went viral and was discussed in all media (traditional and social) from London to Australia. The topic and the statements were indeed quite shocking: “Earth does not move,” Shaikh Bandar Al Khaibari told an assembly of university students in the UAE; it does not rotate around itself and does not revolve around the Sun. Most amazingly, he provided both religious and scientific “proofs” for his claims: if the earth rotated, he insisted, a plane would never reach China; in fact, a plane should just take off vertically and wait for China to come under it! And if that were not enough, he added: “and they say they went to moon, but it’s all Hollywood stuff…”

It was not all derision and sarcasm, however; serious discussions did take place. Several issues were raised: Is this just one odd case or is this viewpoint widespread? Is this kind of ignorance particular to the Arab-Muslim culture or is it found elsewhere? Is it best to ignore him or to respond to his “proofs”? Why is this lecturer so devoid of basic worldly knowledge? What should be done to prevent such occurrences (university students being mis-educated in this manner)? etc.

First, anyone familiar with contemporary Islamic writings knows that while this kind of claim is rare among Muslim scholars, there are a number of prominent Saudi clerics (the famous Shaikh Bin Baz, Shaikh Al Tuwaijri, Shaikh Al Fawzan, etc.) who in recent times have insisted that Earth is stationary, and anyone who claims that it rotates around itself or revolves around the sun or wants this to be taught is a heretic. Fatwas have been issued in this regard, but everyone has more or less ignored them, and the rotation and revolution of earth as a planet has been taught to all students everywhere, including in Saudi Arabia.

However, in the past few years, we have witnessed a return of this standpoint, with high clerics making such statements and insisting that the Quran be taken literally, and that science is just a western scheme aiming to impose a materialistic worldview. This fundamentalist, anti-modernist, and anti-science movement is worrisome, because it tells young Muslims today that they must choose between science and Islam, and indeed we have seen articles published in the UAE over the past week titled “Science and religion don’t always agree.” If that is the case, then we have a lose-lose situation: either youngsters choose a close-minded version of Islam and reject the modern world (the Daesh route) or they choose science and modernity and reject religion…

Some commentators have tried to downplay those statements and this viewpoint by pointing to recent surveys showing that even in the US, 25% of the population believes that the Sun goes around the Earth, not the other way around. However, this is simply ignorance, not “religious knowledge” being defended by clerics and presented to university students. And even the small minority in the West that believes the world to be only 6,000 years old based on a literalist reading of the Bible has negligible presence in the media or on campuses.

Now, should such proclamations simply be ignored? I do not believe so. On the contrary, we need to discuss all these claims in the open and provide strong arguments to convince students and the public. Otherwise, many youngsters will be exposed to only that viewpoint, and many have indeed been convinced by it, not having heard the opposing arguments. It is unfortunate that in the 21st century we have to explain the earth’s motion to the public, but we cannot take the risk of fundamentalism growing further.

But why do some religious scholars carry such ignorance about what is taught in elementary schools? I think it is due to the closed and largely obsolete curriculum that is taught in Islamic madrasas and institutes, at least in some countries (Saudi Arabia, Pakistan).

Reforms of the curricula are urgently needed, whereby not only must basic science (astronomy, geology, biology) be taught to future Muslim scholars, but also ideas of hermeneutics (intelligent interpretation of the scriptures) and critical analysis be introduced, so that clerics learn how to deal with topics where they may encounter some apparent conflicts. Indeed, the literalist approach to sacred texts (in Islam and other religions) has produced dangerous views and attitudes on various topics of society and culture.

Had Al Khaibari studied some basic physics and astronomy, not to mention different interpretations of the Quranic verses he cited, he would not have voiced his laughable “proof” of why Earth cannot be rotating around itself or revolving around the Sun.

Every day we find more areas requiring work and cooperation between educators, scientists, media specialists and religious scholars. Ignorance and closed-mindedness are no longer just lurking, they have exploded throughout the region. We need concerted efforts for the sake of our future generations.


← Does the Universe Have a Purpose?
Iranian is first woman to nab highest prize in maths →