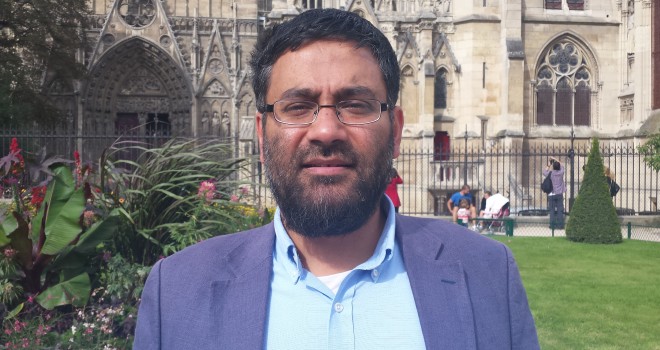 Professor Richard Dawkins recently said that most Muslims were creationists, and their children are taught that the theory of evolution is wrong, which causes a huge problem in schools.

He’s largely correct, and the Muslim world desperately needs to debate the matter properly without fear, since science can neither prove nor disprove God. Whereas the Christian world, where Charles Darwin first proposed his thesis, has had a century and a half to come to terms with the theory of evolution, it has only begun to be taught rather recently in the Muslim world, where faith and religious practice is still relatively strong.

No wonder then that the theory is opposed by some religious elements, especially those that are ignorant of science. Snazzy websites, videos and books produced by fundamentalist Muslim “creationists” such as those at www.harunyahya.com, are obscuring clear scientific thinking.

Creation or evolution? Many believers in God have no problem with an obvious solution: that God created man via evolution. Here is some explanation of this view from a Muslim perspective.
I have a background in physical sciences, not biological ones, but there are parallels. Just as we can see clear evidence for the fact that planets, stars and galaxies evolved very gradually over the last 13 billion years since the big bang and weren’t just beamed into existence by God, it would seem intuitive that life in its breathtaking variety on Earth also arose through a gradual evolutionary processes. There are plenty of Muslim biologists who have no doubt about the essential correctness of evolutionary theory.

The Qur’an teaches that humanity began with Adam, whose wife Eve was made “of like nature”. The raw materials from which Adam was created are variously described as dust, clay and water, ie a mixture of water and minerals found on earth and in its soil. God completed the creation of Adam, breathed his spirit into him and taught him the names of everything. Since the angels were ignorant of these names, he commanded them to bow down to Adam, to symbolise human superiority over angels due to our free will, intelligence, capacity to understand and express ourselves in eloquent language.

One problem is that many Muslims retain the simple picture that God created Adam from clay, much as a potter makes a statue, and then breathed into the lifeless statue and lo! it became a living human. This is a children’s madrasa-level understanding and Muslims really have to move on as adults and intellectuals, especially given the very serious scientific heritage of the medieval Islamic civilisation.

Another objection that is sometimes posed is the following: doesn’t evolution denigrate and insult all humans, but especially the prophets of God, by insisting that we all originate from apes? I reply that the theory doesn’t insult anyone, but does remind us of the humble origins of our created form. This is nothing new or blasphemous, since numerous Qur’anic verses remind us that we are all created from “dust” via sexual discharges: “despised drops of water”. Those verses clearly do not insult the prophets. Meanwhile, our spiritual form remains the most exalted, since it is from the spirit of God breathed into Adam: we exist for the most noble purpose of knowing and loving God, freely and after having been given a choice.

Another irony in this whole debate is that several medieval Islamic thinkers had ideas that were broadly similar to the theory of evolution. The 10th-century Persian philosopher Ibn Miskawayh may have had ideas about the natural world that were, broadly speaking, evolutionist. The 14th-century philosopher Ibn Khaldun wrote:

One should then look at the world of creation. It started out from the minerals and progressed, in an ingenious, gradual manner, to plants and animals.

Although Ibn Khaldun wasn’t speaking directly about evolution in the modern sense, I don’t think he would have had a major problem with Darwin’s theory, judging from the passage above. But it is precisely the loss of the heritage of people like Ibn Khaldun that has led to the current, appalling state of science in the Muslim world and the Muslim consciousness.

By Usama Hasan, published in The Guardian, September 11th 2008.


← God and Evolution: Easier For Muslims Than Christians?
Universities must inspire students as well as teach →