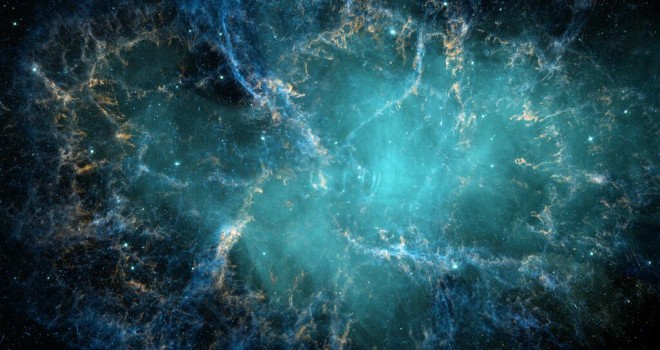 Islam and Science: Notes on an Ongoing Debate 2/3

The participation of Muslim philosophers and scholars in the debate over the historicity of modern science has added a new dimension to the debate in that the defenders of a scientific tradition rooted in Islamic metaphysics and cosmology have clearly argued for the cultural specificity and differentiation of scientific traditions. Such advocates of Islamic science as Seyyed Hossein Nasr, Naquib al-Attas, Osman Bakar, to name a few, have defended a cultural particularism of some kind against scientific universalism whereby the a-historical claims of modern scientism (and not science as such) to universal truth and validity are rejected and alternative ways of studying the order of nature are maintained against the onslaught of scientific materialism and reductionism. This is best illustrated in the sharp contrast between the religious-sacred view of nature and the secular outlook of modern science. While the various religious traditions developed a complex cosmology and approached the world of nature as imbued with intrinsic meaning, order, and even bliss as a way of marveling at the work of the Great Artisan, modern science or rather scientism regards such metaphysical and aesthetic considerations philosophically unfounded and scientifically inconsequential for the work of the scientist. Examples abound in number to show the disparity between the two perspectives.

Bertrand Russell’s celebrated essay called “A Free Man’s Worship”, for instance, was written as a testimonial to this view of science. If we accept, according to Russell, the scientific view of the universe as a theory of everything, we will be saved from the ‘confusions’ of both philosophy and religion at once.

“Such in outline, but even more purposeless, more void of meaning, is the world which Science presents for our belief. Amid such a world, if anywhere, our ideals henceforward must find a home. That Man is the product of causes which had no prevision of the end they were achieving; that his origin, his growth, his hopes and fears, his loves and his beliefs, are but the outcome of accidental collocations of atoms; that no fire, no heroism, no intensity of thought and feeling, can preserve an individual life beyond the grave; that all the labors of the ages, all the devotion, all the inspiration, all the noonday brightness of human genius, are destined to extinction in the vast death of the solar system, and that the whole temple of Man’s achievement must inevitably be buried beneath the debris of a universe in ruins — all these things, if not quite beyond dispute, are yet so nearly certain, that no philosophy which rejects them can hope to stand”. [2]

Russell’s radical scientism has lost much of its élan today. But it remains the unwritten code of the popular perceptions of science. Furthermore, the stark contrast that we see between Russell’s view of science and traditional cosmologies is also to be found within the Western intellectual tradition in various controversies such as evolution versus creationism. But the contrast is sharper in the case of Islamic thought because the Islamic world has not been as exposed and vulnerable to the effects of secularization as the Judeo-Christian thought has been in the last three centuries.

It is obvious that construing modern science as a particular and not the only way of studying natural phenomena poses a serious challenge to the exclusivist and absolutist claims of modern natural sciences that reduce reality to what can be measured empirically. To better understand how this criticism applies to modern Western science, we should remember here an important distinction made in philosophy of science between the context of discovery and the context of justification. While the context of discovery refers to what the scientist actually does in her lab, the context of justification refers to how the scientist’s work is interpreted and articulated in different frameworks of analysis. Insofar as the context of discovery is concerned, we may be justified in assuming a linear historical line that connects Ptolemy, Abu Bakr al-Razi or Nasir al-Din al-Tusi to Newton or Max Planck: the successes or failures of these scientists of different historical periods and cultural settings can be explained in terms of the accumulation of scientific knowledge, refinement of measurement, exactitude in prediction, advancement in taxonomy, etc. What they all have in common is the continuity of the context of discovery whereby religious and cultural elements have a relatively small role to play.

The issue takes on a substantially different form when we move to the next level, i.e., the context of justification in which we attempt to understand and interpret the meaning of the empirical work of the scientist on the ground. Here, we are no longer in the world of ‘bare facts’ without suppositions notwithstanding the fact that the very concept of ‘bare facts’ as the building blocks of scientific procedures is open to question. Science is no longer a mirror juxtaposed against the world and the scientist the incorrigible interpreter of the reality of things. Rather, every interpretation, extrapolation, deduction, induction, and even prediction is screened through a set of philosophical assumptions whether they are articulated explicitly or remain tacit. It is at this level of analysis that science becomes a cultural artifact bound by particular traditions, postulations, and needs. The basic tenets of modern science, which make it a secular enterprise, are all produced at the context of justification and can be accepted, questioned and/or rejected primarily on philosophical grounds.

In this sense, the multiplicity of scientific worldviews, if we may use such a term, is part and parcel of every scientific tradition in that the findings of a particular scientist or in a particular field of science are interpreted in a variety of ways that may or may not agree with other interpretations. In fact, this was the case in traditional societies where we have always multiple cosmologies both across and within specific traditions. Take the case of Islamic and Christian cosmologies. Both traditions produced elaborate cosmological schemes tightly linked to the astronomy and physics of their times, i.e., the Ptolemaic-Aristotelian astronomy. Naturally, the cosmology of Dante’s Divine Comedy was structured along the lines of Biblical and Christian thought whereas Islamic cosmology was the result of a deliberate attempt to reconcile Greek-Aristotelian cosmology with Qur’anic theology and eschatology. Yet, we still find more cases of plurality within each of these traditions. The scholastic-Thomistic view of nature is not the same as St. Francis of Asisi’s mystical and poetical deliberations of nature. In the same way, certain parts of Ibn Sina’s Neoplatonic cosmology or that of the Brethren of Purity are considerably different from Ibn al-‘Arabi’s “Five Divine Presences” and Mulla Sadra’s mundus imaginalis.

The case for particularism and the multiplicity of interpretations within and across various cultural traditions does not lead to parochialism. It is always possible to draw multiple conclusions from the same data both in science and philosophy, and as such plurality does not invalidate the veracity and relevance of divergent readings. In fact, one may even argue that the apparent diversity of traditional cosmologies is rooted in an underlying unity in that such postulates as the universe as a sign of God (ayat Allah in Arabic and vestigia Dei in Latin), teleology, intrinsic intelligibility of the world, order and harmony, and so on are all shared by various schools of thought. At this point, the concept of Islamic science has a lot to offer to the current religion-science debate especially if this term is understood in a broader sense to include the reassertion of the religious view of the universe as an alternative vision to the profane and secular worldview of modern scientism. Considering the eroding impact of scientism on traditional beliefs and practices and the disastrous consequences of scientific and technological development without boundaries, the Islamic world can make a strong case for a new vision of science that will both cater to the practical needs of modern society and preserve the spiritual and ethical significance of the world of nature – a case for which people of other religious traditions have to collaborate to foster a common ground for a science that is in peace and harmony with both heaven and earth at the same time.