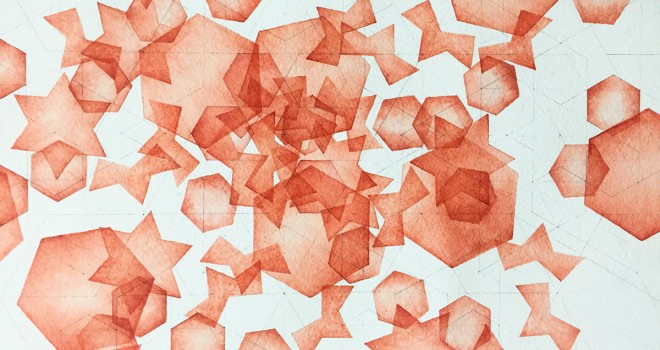 Most articles about the relationship between Islam, women, and science tend to have a negative ring. As we know, the media thrive on notoriety and ratings in a tireless drive toward monetary gain. This negativity has become so commonplace that the novelty is in reporting the positives. Therefore, I am sharing with you the silent reality that exists in laboratories, classrooms, and homes all over the world, to raise awareness and help build bridges of communication and understanding. I am sharing with you my reality.

Islam’s foundation rests on being open minded, calling humans to seek knowledge and to question phenomena. It asks humans to observe, think, and develop hypotheses to explain these phenomena. In other words, it calls Muslims to adopt the scientific method, as we call it today, to discover the workings of the world around them.

The Quran is a set of guidelines for how to live our lives. It is not a book of scientific facts. However, in Islam’s Quantum Question, (1) the author Nidhal Guessoum puts forward the idea that there is no opposition between the Quran and science.

“While the Quran cannot be turned into an encyclopedia of any sort, least of all of science, one must keep in mind the fact that if the Quran is to be taken seriously and respectfully, one must uphold the Rushdian (Averroes’s) principle of no-possible-conflict (between the word of God and the work of God) and his hermeneutical prescription. In practice this principle can be turned into a no-objection or no-opposition approach, whereby one can convince the Muslim public of a given idea (say the theory of biological evolution), not by proving that it can be found in the Quran but rather by showing that at least one intelligent reading and interpretation of various passages of the Holy book is fully consistent with that theory.” (p 174–175)

The Quran provides guidelines to use our minds to discover the world in a logical progression. There is no limit to one’s questioning. Islam and the Quran are “minhaj”: a way of life.

“Behold! In the creation of the heavens and the earth, and the alternation of night and day,- there are indeed Signs for men of understanding.” – Quran 3:190

Scientists come from all religions and backgrounds, but their work is aimed at seeking the truth.

From these ideas sprung a civilization that flourished in all fields including the life sciences. Between approximately the 9th and 15th centuries, many discoveries were made in the fields of mathematics, medicine, astronomy, and engineering. For example, the first person to realize that light enters the eye, rather than leaving it, was the 10th-century Muslim mathematician, astronomer, and physicist Ibn al-Haitham. He invented the first pinhole camera after noticing the way light came through a hole in window shutters. The crankshaft is a device that translates rotary into linear motion and is central to much of the machinery in the modern world. It was created by an ingenious Muslim engineer named al-Jazari to move water through irrigation systems. Many modern surgical instruments are of exactly the same design as those devised in the 10th century by a Muslim surgeon named al-Zahrawi. His scalpels, bone saws, forceps, fine scissors for eye surgery, and many of the instruments he invented would be recognizable to a modern surgeon.

“O mankind! Lo! We have created you male and female, and have made you nations and tribes that ye may know one another. Lo! the noblest of you, in the sight of Allah, is the best in conduct. Lo! Allah is Knower, Aware.” – Quran 13:49

This Islamic flourishing, which lasted the better part of a millennium, also reflects an ethic of equality as men and women from different religions and social standings were appointed to important positions, regardless of their faith or background. Caliph al Ma’mun, the seventh Abbasid Caliph, famously stated that reason and faith can coexist and that, by fully opening the mind and unleashing human creativity, many wonders, including peace, are possible.

The attitude toward science in Islam applies to men and women alike. Islamic civilization has a rich history of female scholars, but little is known about them. For example, Fatima al-Fihri founded the world’s first university, Qarawiyin mosque, in Fez, Morocco. Fatima Al-Majritiya was one of the great Muslim astronomers of medieval Andalus (Muslim Spain). Some other examples are Zubayda bint Ja’far al-Mansur, who pioneered a most ambitious project of digging wells and building service stations along the pilgrimage route from Baghdad to Mecca; Sutayta who was a mathematician and expert witness in the courts; and engineer Al-’Ijlia who made astrolabes in Aleppo.

Although many point to religion as a reason for the status of women in the Arab world today, I beg to differ. Throughout Islam’s history, women have been granted equal rights in every aspect of life.

The testimonials from history on the status of women during Islamic civilization abound. It was only with the demise of the Islamic civilization, at the end of the Ottoman Empire, followed by colonialism and dictatorships, that women’s rights in the Arab world were denied. Lack of education and freedom resulted in oppressive tribal and cultural ideologies taking hold of Arab communities, which led to injustice and the subjugation of women, undermining their work and achievements.

How Islam made me a better scientist

As a woman, I am empowered by Islam to practice science. Likewise, this is the approach I take toward biological evolution. I argue that biological evolution is compatible with Islam and that the notion that evolution contradicts Islam is a myth. In fact, it is a prime example of what happens when we misunderstand religion. Islam calls for freedom to think and explore, and the lack of freedom to think comes from the misunderstanding of religion.

I am not alone. There are numerous female Muslim scientists across the globe today who conduct great science. There is a grave need to raise awareness of existing role models, through multimedia exposure and global campaigns at all levels, starting from schools to the professional sector. Role models are important for the younger generation on two fundamental levels. First, it is important for the younger generation to interact with role models from one’s own culture and background and to see themselves in these role models, as real people to whom they can relate. Second, it is essential that young scientists realize that becoming successful in science is all about perseverance. Thus, we have invited Nobel-winning scientists to speak with our students so they can observe firsthand that success is all about the little things. We must convey that we all struggle to succeed, and the battles we win within us are what prepare us to win the bigger battles later on.

There is also a need to develop a mentoring network among female academics and professionals. Research suggests that by providing social networks and peer support, we can increase the number of women participating as professionals in the scientific and medical fields. This would cultivate a new generation of female scholars, and promote multidisciplinary and multicultural research that integrates all fields of science.

In Jordan, we have initiated a women’s mentoring program called Three Circles of Alemat, (2) designed to connect female scientists to a larger network of academics. The program promotes leadership and mentoring of female students, raises awareness of female faculty issues, provides guidance and support to female academics seeking promotion and tenure, advice on balancing family and work, and increases excellence and productivity among female academics by developing research collaborations. Three Circles of Alemat proposes to launch a global women’s network in academia designed to support, encourage, sustain, advise, and mentor all women in academia. We invite all female scientists to be part of the Circle of Alemat and to spread the mentoring spirit throughout the world. It is our hope that the Circle of Alemat will spawn successful female scientists the world over, who will serve as role models for both young men and women, inspiring them to reach beyond their potential and to believe that nothing is impossible.

Hayat Sindi is the founder and President of the Institute for Imagination and Ingenuity (i2institute), in Jeddah, Saudi Arabia, and a co-founder and director of Diagnostics for All, a nonprofit enterprise fusing biotechnology and microfluidics, dedicated to creating low-cost, easy-to-use, point-of-care diagnostics designed specifically for the 60 percent of the developing world that lives beyond the reach of urban hospitals and medical infrastructures.

Afreen Siddiqi is a research scientist at Massachusetts Institute of Technology (MIT), who explores the application of technology, management, and planning to water, food, and energy issues. Dr. Siddiqi has an S.B. in Mechanical Engineering and an S.M. and Ph.D. at Aerospace Systems, all from MIT. She is a recipient of the Amelia Earhart Fellowship, Richard D. DuPont Fellowship, and the Rene H. Miller Prize in Systems Engineering. She has engineering experience in National Instruments (Austin, Texas) and Schlumberger (Houston, Texas), consulting experience with British Petroleum, Lockheed Martin, and Aurora Flight Systems, in addition to teaching experience at MIT and Universita della Svizzera italiana in Switzerland.

A biodiversity scientist and the founder of the Centre for Phytotherapy Research, Ameenah Gurib-Fakim was immersed in compiling a database of the plants on her island of Mauritius, promoting the importance of biodiversity to an international audience through articles and at conferences. After Mauritius’ majority party asked her to become president, she stepped into the role in June 2015 with virtually no political experience on her résumé, yet with a unique opportunity to bring her perspective and concerns as a scientist to a larger audience.

Recently, in 2015, the CEO Middle East list for the 100 most powerful women was announced. Ten scientists were among them with the highest ranking number 12. This is a positive indicator on the general awareness of Arab society of the importance of science and female scientists.

Science is a great way to build bridges between cultures and societies. As 11th-century physicist Ibn Haytham said:

“Hopefully by following this [scientific] method, this road to the truth that we can be confident in, we shall arrive to our objective, where we feel certain that we have, by criticism and caution, removed discord and suspicion.” (3)

By Rana Dajani, published in The Disparities Issue.

3. 1001 Inventions and the World of Ibn Al-Haytham. http://www.ibnalhaytham.com/

Rana Dajani, Ph.D. molecular cell biology, a Fulbright alumnus twice, an Eisenhower fellow in 2014, and Associate Professor, founded the service learning center and formerly served as director of studies at the Hashemite at the Hashemite University, Jordan, and she is a Yale Stem Cell Center visiting professor. She is the world authority on the genetics of the Circassian and Chechan populations in Jordan. Her research focuses on genome-wide association studies concerning diabetes mellitus and cancer and stem cells. She advocated the establishment of the law for stem cell research and therapy in Jordan.

Dr. Dajani is a higher education reform expert and member of the UN women Jordan advisory council. She frequently publishes in Nature about science, education, and women in the Arab World, has established a network for women mentors, and is a strong advocate for the theory of biological evolution and Islam. She was proclaimed one of the most influential women scientists in the Islamic World and twelfth among the 100 most influential Arab women in 2015.

Dr. Dajani has developed a community-based model and philosophy “We love reading” to encourage children to read for pleasure. She has received multiple awards: the Synergos award for Arab world social innovators 2009, the Library of Congress literary award 2013 best practices, WISE Award, King Hussein Medal of Honor 2014, and Star Award for education impact 2015. “We love reading” has spread to 27 countries.