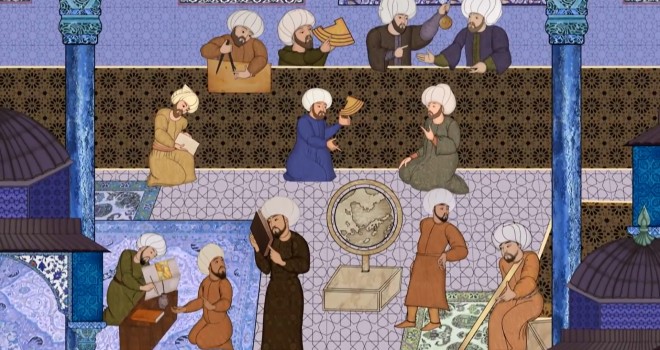 Copernicus and Ibn al-Shatir: does the copernican revolution have islamic roots?

I review first the main similarities and differences between the planetary model of Ibn al-Shatir (14th-Century Muslim astronomer) and of Copernicus. I show that important similarities reside in the technical aspects of the orbits constructed by the two astronomers but that fundamental differences are:

(a) Copernicus adopted a heliocentric model while Ibn al-Shatir (and all Muslim astronomers) assumed a geocentric model, as strictly as possible;

On the question of the extent to which Copernicus had benefitted from the ‘transmission’ of thos models and critiques of Ptolemy, I insist that neither Ibn al-Shatir nor any Muslim astronomer accepted, let alone proposed, a heliocentric model. I then briefly discuss the Copernican Revolution and try to assess the extent to which the Polish astronomer might have been influenced by earlier Muslim discussions on the centrality (or not) and immobility (or possible motion) of Earth.