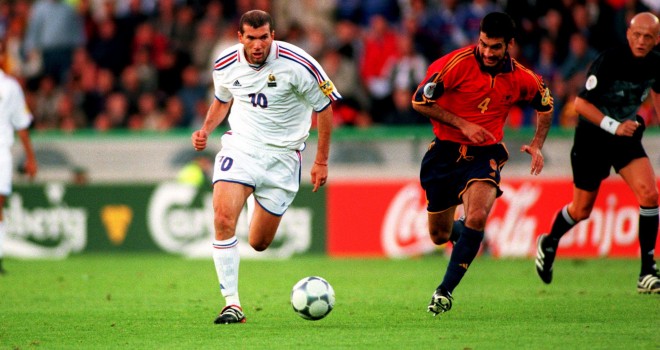 Can science help understand and even win football games?

Contrary to the “nerd” stereotype, scientists love football as much as the regular layman (and nowadays laywoman too). They may look at a football game quite differently, and I will get to that shortly, but they love the “beautiful game” just as much as anyone.

This year has been a special year in football. First, the UAE national team will be going to the Olympics, and everyone – including scientists – will try to support it in every way possible. Secondly, the European nations championships is about to kick off, and that will undoubtedly bring its share of drama, suspense, tragedy, and joy. And thirdly, the club championships, particularly the English Premier League and the European Champions League had loads of twists and turns, literally until the last minute.

Football is an art, no doubt, but it is also a science in some interesting ways. (There are also various philosophical aspects to it, as attests the collection of deep essays published under the title “Soccer and Philosophy”.) So can science help understand football? Some parts of it, definitely, at least when one brings in Physics and Math (Statistics).

Some years ago, the Brazilian player Roberto Carlos scored a goal from a free kick that made everyone’s jaw drop. The ball, kicked from 35 meters away, at first seemed to be heading way out of the goal, so much so that a ball boy far out jumped up, thinking the ball was coming his way; but the ball swerved greatly and entered the goal in the upper left corner. To this day I have students asking me whether the Physics I teach them can explain that goal. The answer is yes, and it has to do with the spin and the speed given to the ball, which produces a pressure difference on the sides of the ball, and that makes the ball swerve in the right direction, to the surprise of even those who know Physics!

This effect has indeed been mastered by a number of players, particularly the free kick specialists. Ever heard the phrase/title “Bend it like Beckham”? I am not sure whether someone explained the Physics principle behind this effect to Beckham, but whether from theory or practice, he has learned it well.

Something else that Physics can explain – and actually teach the players how to take advantage of – is the “floating” effect of a striker who jumps up and “hangs” in the air, waiting for the ball to hit into the goal with his head. How could anyone just float like that? Why doesn’t gravity seem to apply to such people (watch Ronaldo in the upcoming Euro championships), while others just fall back down as soon as they jump up? Again, some simple physics is at work here: the center of gravity of a person will indeed follow an up-and-down “parabolic” trajectory, but we can affect that by moving our arms and legs such that our head (though not the whole body) will stay “up there” for half a second or so, enough to give the striker the time to hit the ball while others are moving up or down.

Mathematics, particularly statistics, is now being used extensively by many teams in football. In other sports, particularly baseball and cricket where performances can be characterized by a few parameters, statistics have long been used to measure up players and teams. (That’s the idea behind the excellent movie “Moneyball”, which one can enjoy without being a baseball fan.) But in football, where collective moves and individual “moments of genius”, not to mention personalities, can hardly be quantified, the usage of statistics (“sabermetrics”) has been limited and controverted.

Since space is limited, I will give only one example, though an extremely striking and important one: penalty shootouts, which are bound to come up in the Euro championships and/or the Olympics. Is there any science to this cruel and seemingly random exercise? Yes, there is.

One professor at the London School of Economics has studied over 9,000 penalties since 1995. He has found that, first, the team which shoots first wins 60 % of the time. That is statistically quite large, and since now millions of people bet on every aspect of a football game, that fact in itself is a source of loads of money. Secondly, it turns out that most players have a certain pattern in their shooting of penalties: they may shoot to their “natural” side (right of the keeper for a right-footed player and vice-versa), they may mostly shoot on the ground, etc. And statistical analyses have shown that players who rarely shoot penalties kick to their “natural” sides 70 % of the time, which is a significant fact to take into account when teams go for a shootout. And indeed, many teams – though by no means most –have statistical experts who compile such data before a game, to be used if there is a good chance of going to the ultimate shootout.

There are many other such aspects of the game where physics and/or math can help explain and even prepare players and teams to have an edge: which attacker is bad at crossing, which goal keeper is only good at stopping penalty kicks on his right, etc. In this age of science, even football can greatly benefit from some such knowledge, including perhaps the UAE Olympics team.

Enjoy the moments of genius in the upcoming championships, but please keep the science and statistics aspects in the back of your mind…